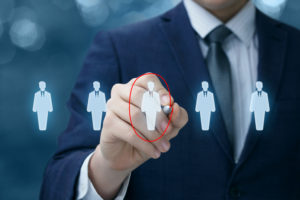 Ascensus, the retirement-plan provider backed by Genstar Capital and Aquiline Capital Partners, could be on its way to a new owner.

Genstar and Aquiline have hired Barclays and JP Morgan to find a buyer for Ascensus, three sources said. Ascensus could sell for 15x Ebitda, one of the sources said.

It’s unclear when first-round offers are due. Ascensus generates Ebitda of about $150 million, according to Bloomberg, which reported news of the sale last week.

At 15x, Ascensus may fetch $2.25 billion. “The price tag sounds a touch rich, but they will probably get it in this environment,” one banker said.

The sale comes less than three years after Genstar and Aquiline acquired Ascensus, in December 2015.

J.C. Flowers was the seller, Buyouts reported. Ascensus sold for roughly $1 billion in 2015, the story said.

A consolidating buyer like Great-West Financial, or a major bank, insurance company, as well as an investment bank may be interested, sources said. Ascensus could even attract SoftBank or Fidelity Investments, a different person said.

Roberta Hess, an Ascensus spokeswoman, declined comment. “Ascensus remains focused on delivering technology and expertise to help over 8 million people save for what matters most — retirement, education and healthcare,” Hess said in an emailed response to questions.

Ascensus has followed a rollup strategy since its sale to Genstar and Aquiline in December 2015.

The Dresher, Pennsylvania, company, which had more than $187 billion in total assets under administration as of March 31, has made 11 add-ons so far this year.

Genstar, which invests in sectors including financial services, software, industrial technology and healthcare, closed its seventh fund on $2 billion in 2015. The San Francisco PE firm raised $3.95 billion with its eighth flagship in 2017.