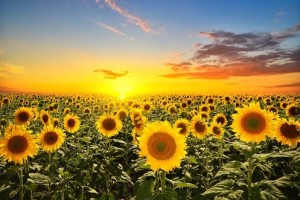 The sale of Ascensus Inc. has produced a big win for J.C. Flowers & Co., the once mighty private equity firm that is reportedly considering restructuring its second fund.

Genstar Capital and Aquiline Capital Partners said Sept. 28 they agreed to buy Ascensus. Financial terms weren’t announced but two banking sources pegged the sale at $800 million to $850 million. However, a third source said Ascensus sold for more. The sale to Genstar/Aquiline is expected to close in fourth quarter.

Flowers put the company up for sale in May, seeking bids of $1 billion. Deutsche Bank advised on the sale. Ascensus, which is based in Dresher, Pennsylvania, is a retirement plan provider. The company produces $80 million in EBITDA.

PE HUB reported in August Genstar and Aquiline had joined together to bid for Ascensus.

Flowers later in 2012 tried to sell the remaining Ascensus. At the time, the much smaller company, which produced about $25 million to $35 million in EBITDA, was expected to fetch $300 million. Ascensus was in talks with a PE firm, but Flowers pulled the deal, PE HUB has reported.

By holding on to the company, Flowers generated a stronger return. Ascensus in January paid out a $100 million dividend to its owners, including Flowers. The current sale of Ascensus to Genstar/Aquiline is considered “a massive homer for Flowers,” one of the banking sources said.

Flowers was founded by J. Christopher Flowers, the former Goldman Sachs executive who was once considered the most successful investment banker ever. Bad bets in financial services, especially Flowers’ investment in MF Global (the futures broker went bankrupt in late 2011), put a damper on prospects.

The firm is reportedly considering restructuring its 2006 fund. Flowers wants to extend the life of the pool and possibly get cash out, Bloomberg News reported in August.

Flowers raised $7 billion in 2006 for its second pool. Its third fund ended up at $2.32 billion in 2009, well short of its initial $7 billion target. JC Flowers II is generating a -12.4 percent IRR and 0.44x total value multiple as of June 30, according to the Oregon Public Employees Retirement Fund. Performance data for Fund III was not available.

This is the second time Genstar and Aquiline have teamed up. In 2013, Aquiline and Genstar bought Genworth Wealth Management for $412.5 million. Genworth Financial Inc. was the seller.

While Genstar has finished fundraising, Aquiline is currently “topping off” its third fund, a placement agent said. The New York-based private equity firm, which invests in sectors such as insurance, banking, asset management and financial technology, is seeking $1 billion for Fund III. Aquiline has so far collected about $900 million, the placement source said.