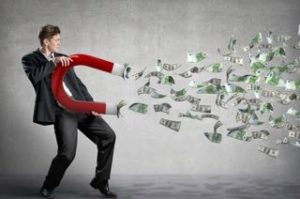 San Francisco-based Genstar Capital is preparing to come back to market with its seventh flagship fund targeting $1.5 billion, according to three sources with knowledge of the effort.

The firm is in early days of planning Fund VII and has hired Evercore to work as placement agent. Genstar used Park Hill Group to help raise its funds V and VI.

It’s not clear when the fund will officially hit the market. Genstar declined to comment on the fundraising. The firm had about $2.62 billion under management as of Dec. 31, 2013, according to its Form ADV filing with the SEC.

Genstar raised about $1 billion for Fund VI in 2012. That fund generated a 1x multiple as of June 30, 2014, according to alternative asset data provider Bison.

Genstar invests in the middle market in sectors like financial services, software, industrial technology and healthcare. The firm is led by Managing Directors Jean-Pierre Conte (who is also chairman) and Robert Weltman.

The firm seems to have had minimal turnover. James Nadauld, former principal at the firm who joined in 2004, left last fall. His LinkedIn profile lists him as Managing Partner at Cimarron Healthcare Capital, though Cimarron’s website says it is under construction. Nadauld did not return a call for comment.

Also, Mark Hanson, who was listed on an archived version of Genstar’s website as a managing director, is now listed as an operating partner. Hanson joined the firm in 2006.

Interestingly, Genstar disclosed in its Form ADV that it may accelerate payment of certain transaction fees related to services to portfolio companies. While it’s not clear exactly which fees Genstar is referring to in its filing, under some private equity fund terms, portfolio company monitoring agreements that terminate before the end of their term get accelerated to full payment upon exit of the investment.

The management agreements often can run 10 years or more, and are at times subject to automatic extensions and renewals, the firm said.

“The affect of such acceleration may be substantial, particularly in the event such circumstances occur early in the life of the fund’s investment” in the portfolio company, the firm said.

“Blackstone stopping monitoring fee accelerations, they are a bellwether in the industry, the industry follows them,” Igor Rozenblit, co-head of the SEC’s private funds unit, said at an industry conference, Reuters reported in October. “That’s billions of dollars back to investors that would have gone to fund managers (Industrywide).”