(Reuters) — Online food takeaway firm Delivery Hero is preparing a flotation that could value one of Europe’s largest internet startups at up to 4 billion euros ($4.5 billion), raising funds to help it fend off new competitors such as Uber [UBER.UL] and Amazon (AMZN.O).

Delivery Hero said on Tuesday it would issue new shares worth about 450 million euros, while existing shareholders including Rocket Internet (RKET.DE) may sell up to the same amount, people close to the matter have said.

Founded in Berlin in 2011, Delivery Hero has grown rapidly and now employs over 6,000 people, providing a digital platform to order meals from more than 150,000 restaurants in 40 countries in Europe, the Middle East, Latin America and Asia.

Delivery Hero wants to have a strong net cash position so it can be prepared to grow both organically and through possible further acquisitions, Chief Executive Niklas Ostberg said.

“This is a big step for us and the whole European tech scene,” Ostberg told a call for journalists.

The listing – expected in the coming weeks – would provide a much-needed boost to struggling German ecommerce investor Rocket Internet, which holds a 35 percent stake in Delivery Hero, making it the biggest holding in its portfolio.
Rocket Internet had early success with online fashion firm Zalando (ZALG.DE), which listed in 2014, but it has not brought any other companies to market yet.

Rocket’s shares have rallied in anticipation of the Delivery Hero IPO but were flat on Tuesday at 21.51 euros.
South African media and e-commerce firm Naspers (NPNJn.J) took a 10 percent stake in Delivery Hero last month.

There has been a wave of capital raising and consolidation in online meal delivery as Uber and Amazon push into the sector, with Delivery Hero last week buying Middle East rival Carriage.

Delivery Hero narrowed its loss before interest, tax, depreciation and amortization to 116 million euros last year from 175 million in 2015, with half of that due to increased costs, including heavy marketing, for its Foodora unit which delivers from high-end restaurants.

Ostberg said the reason the company was still loss-making, unlike rivals such as GrubHub and Just Eat, was because Delivery Hero is operating in less mature markets and investing more in marketing.

Delivery Hero may use the IPO proceeds to step up marketing spending by 10-15 percent, a person close to the company said on condition of anonymity.

Delivery Hero takes a commission of about 1.60 euros – or 10 or 11 percent on each average order – and slightly higher fees if it does the delivery itself, compared to figures closer to 15 percent or above for peers like Just Eat and GrubHub. 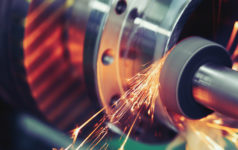 Webster forms gastroenterology platform via equity-only deal for Gastro One

PE Deals 7 hours ago
Added to your Saved Articles
Loading
Unsave Article
Please confirm you would like to remove this article from your saved articles.
Share with other subscribers
Only logged in subscribers of this site will be able to access the shared article.