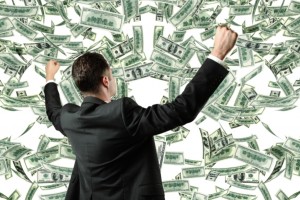 For GI Partners, SoftLayer Technologies appears to have been a very good deal.

IBM announced Tuesday it was buying data management company. The deal, which is expected to close in third quarter, is valued at $2 billion, according to press reports.

GI’s investment in SoftLayer dates back to 2010 when the Menlo Park, Calif.-based PE firm led a management buyout of the company. It’s unclear how much GI actually owns of SoftLayer. Moody’s Investors Service at the time said that GI and other PE investors acquired 70% of SoftLayer in a deal valued at $500 million. The group invested $250 million equity, Moody’s said. Reuters later reported that GI owned a majority stake in SoftLayer and, in 2010, acquired all of the company’s equity along with company management.

Neither GI nor SoftLayer would reveal how much the PE firm actually owns of the company, or how much of the proceeds from the sale it’s entitled to. Officials for both declined comment.

The following November, SoftLayer merged with its biggest competitor, The Planet, which was also majority owned by GI. In January 2012, GI injected another $49.36 million equity into SoftLayer, according to data from Thomson Reuters.

Taken together, the $300 million equity investment means GI could make more than 6x its money–assuming the company has retired that vast majority of its debt. It is not clear whether GI received any dividends from SoftLayer.

GI invests in middle market companies in sectors including IT infrastructure & services, healthcare services and leisure & retail. The PE firm typically invests between $50 million to $250 million equity per deal, according to the firm’s web site. In 2009, GI closed its third PE fund with more than $1.9 billion. Sister magazine Buyouts reported in December that GI Partners Fund III L.P. was 95% committed and the firm was holding preliminary discussions with investors to raise its next pool. Fund IV will likely have a $1.5 billion target, Buyouts said.