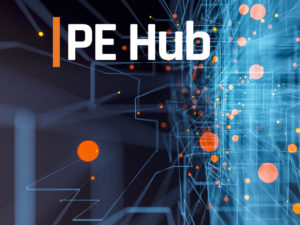 TORONTO, May 19, 2022 /CNW/ – Today, Globalive has announced a landmark advancement towards greater telecommunications competition in Canada, and a reinforcement to its bid to purchase Freedom Mobile, by signing a network and spectrum sharing agreement with TELUS. This agreement, which is conditional on Globalive’s successful acquisition of Freedom Mobile, marks the first time that a Canadian carrier has entered into a network and spectrum sharing agreement with a pure-play independent wireless competitor.

Long-term network and spectrum sharing is critical for fourth player stability, as is widely recognized by analysts, academics, and industry experts. It is also the most efficient use of spectrum, a scarce and finite resource. If Globalive is successful in acquiring the Freedom Mobile business, both Freedom Mobile and TELUS will benefit from their shared resources, while eliminating the need to build duplicative network infrastructure. This is an agreement that benefits all Canadians, providing them with best-in-class mobile services at a competitive price.

Industry newcomers committed to offering lower wireless pricing have historically struggled to build networks that can sufficiently compete with the 25-year head start of the incumbents. This transformational agreement would enable Globalive to not only provide consumers with lower pricing and innovative offerings, but also deliver on-par network quality, establishing a vigorously competitive environment for decades to come.

“The positive aspects of robust, independent competition are clear. Canada needs a truly independent fourth carrier to ensure consumers have the benefits of a competitive market and a level playing field. We’re excited to bring Canadians closer to that reality with this transformational announcement,” says Anthony Lacavera, Globalive’s founder and chairman.

The announcement of the agreement arrives during Rogers and Shaw’s highly-publicized merger, which requires the sale of Freedom Mobile (formerly WIND Mobile), a business originally founded by Globalive in 2008. If successful, the agreement would span a minimum of 20 years, and effectively eliminate all possibility of the Freedom Mobile business being reacquired by Rogers.

“When we first founded WIND Mobile as an independent, pure-play competitor, we were able to successfully bring wireless prices down by as much as 20 per cent across our operating markets. We know we can do it again,” says Mr. Lacavera. “The success of this agreement will allow us to combine superior pricing with best-of-class network quality for Canadian consumers. It’s a groundbreaking moment for the Canadian telecommunications industry and we commend TELUS for recognizing the benefits that true competition will bring.”

About Globalive Capital
Globalive has founded or co-founded and operated 12 operating companies over the past 25 years in the telecommunications industry, including WIND Mobile which was sold to Shaw Communications for $1.6 billion. Globalive Capital manages Globalive’s diversified investment portfolio across multiple asset classes including venture, private equity, real estate, and infrastructure. Globalive Ventures has made over 125 early-stage technology venture investments and is well-known as a strategic, entrepreneur friendly investor. Globalive has been a founding sponsor of leading incubators and accelerators including NEXT Canada and the Creative Destruction Lab, and the Globalive team serves as directors and advisors across the startup ecosystem. Globalive Media focuses on the innovation ecosystem and produces the show Beyond Innovation (beyondinnovation.tv) that airs globally on the Bloomberg platform. For more information, visit www.globalive.com.