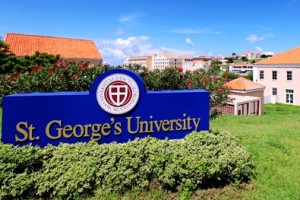 Imagine studying at a university located on a lush Caribbean island. You attend classes and mingle with the other students on a campus nestled in a sun-drenched peninsula overlooking an expanse of brilliant blue sea.

That pretty much describes St. George’s University (SGU), a private Grenada-based post-secondary institution that trains doctors to work in healthcare systems around the world.

Founded in 1976 and led by chancellor Dr. Charles Modica, the school is international in scope, drawing students and faculty from 140 countries, and operating a clinical training program that is affiliated with more than 70 hospitals and clinical centres.

A couple of weeks ago, SGU was the focus of a major control-stake transaction involving an investor group led by Canadian private equity firm Altas Partners and a fund advised by Baring Private Equity Asia. Completed in partnership with Modica and SGU’s management team, the transaction has been estimated at US$750 million.

SGU is the second deal done by Altas since its launch in 2012 by former Onex Corp Managing Director Andrew Sheiner. It marks an important step for a firm that has sought to blaze a new path in PE dealmaking.

Altas was conceived by Sheiner to invest selectively—writing equity cheques of between $100 million and $500 million in one or two opportunities a year—and hold assets long enough to produce maximum value. Its horizons go well beyond those of most buyout firms, which typically sell companies within three to five years. Altas aims to invest more flexibly, whatever the amount of time, whatever the circumstances, to achieve higher multiples on its invested capital.

How does this investment thesis apply to the idyllically located SGU? I addressed this question to Sheiner and Partner Scott Werry, who was Altas’ point man on the deal.

“In general, we want to invest in businesses that are hard to replicate and possess a clear natural advantage,” said Sheiner. “They should be high quality, market-leading companies that 10 years from now will be just as important, just as relevant and as highly profitable.”

“That’s a really high bar,” Sheiner observed, but it is one he said he believes has been met by SGU. “What Charles and his team have built at St. George’s over nearly four decades is very hard to replicate,” he said. “There is no risk of obsolescence.”

Werry, who joined Altas from Providence Equity Partners in 2013, agreed.

“As a premiere international medical school, St. George’s is a really good fit for us,” he said.

Werry noted that SGU has since inception been responsible for “superior student outcomes,” turning out more than 14,000 graduates who have practiced as physicians, scientists and healthcare professionals in more than 50 countries. That record has translated into solid and sustainable financial performance: “St. George’s has a compelling free cash flow profile,” he said.

The school’s future prospects may be even better. One of its specialities is training primary care providers, an occupation that is in high demand—last year, the World Health Organization reported the global shortage of primary care and other skilled healthcare professionals currently stands at 7.2 million. That number is expected to reach 12.9 million by 2035.

Primary care shortages are a particular concern in the U.S. healthcare delivery system, which is where most SGU-educated doctors eventually practice. SGU reported in June that during the past three years it has placed more physicians into first-year U.S. residency positions than any other medical school.

SGU also found a fit with Altas and its consortium. Introduced in February 2013, Werry said Modica was searching for a partner for “the next chapter of the family-owned business.”

“St. George’s required a stable capital base that would give it continuing opportunities to improve the school and undertake global expansion,” he said. It needed a value-adding partner—one that could help increase resources for academic development, course offerings and student services, and build additional networks and strategic relationships.

Sheiner said alignment was found because instead of looking for a “quick exit,” Altas was prepared to be “a long-term steward of the business.” It also offered SGU strong operational capabilities and “a responsible capital structure, with a more conservative use of leverage.”

“Inappropriate capital structures are the existential risk of private equity,” he said.

Baring also brought value to the table. A pan-Asia private equity firm with headquarters in Hong Kong, Baring specializes in making investments in the for-profit education sector. Its portfolio includes a variety of K-12, post-secondary and educational content companies.

Altas led a group of several institutional investors in the SGU transaction. Among them was OPSEU Pension Trust (OPTrust), manager of the $16 billion retirement plan of Ontario’s public employees.

Sandra Bosela, co-head of OPTrust Private Markets Group (PMG) and responsible for its global PE activity, told peHUB Canada that merit was seen in the investment because of SGU’s “strong reputation and global strategic partnerships” and its “crucial role in responding to emerging healthcare trends.”

SGU is OPTrust PMG’s 12th direct deal in the last two years, and the second of three expected to close this summer. In July, it joined with Imperial Capital Group in making a $121 million investment in Dental Corp, a group of Canadian dental care clinics.

Bosela said OPTrust PMG has “a flexible capital approach that can support a range of market strategies, structures and horizons.” Its role in the SGU transaction reflects “an opportunity that calls for greater flexibility and a longer horizon in order to provide capital stability and support for growth.”

“Strong global partnerships are an essential pillar of our private equity strategy,” she said. “We aim to work shoulder-to-shoulder with experienced, like-minded investment partners. Alignment of interests is key to all of our deals, but it is especially important when we are taking a longer-term approach.”

OPTrust is part of growing community of institutional investors that are looking to source more PE deals directly but that lack the scale of a mega-sized pension fund organization to achieve this objective on their own.

It was these potential partners that Sheiner had in mind when he founded Altas. Since then, strategic collaborations have been forged with a core group of institutional investors, including pension funds, insurance companies and family offices.

Sheiner said he believes Altas’ partners have signed on because they are “keenly interested in a unique investment model consisting of deeper relationships, truer alignment and real engagement.” Giving it continuous access to a large pool of co-investment dollars, they have allowed Altas “to deploy a lot of capital in a short time to some very attractive and bespoke opportunities.”