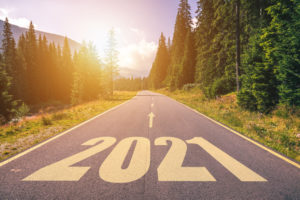 Your daily rundown on private equity dealmaking is back in action after the most unusual of holiday seasons. While I’ve been hunkering down in the Southwest with lots of hiking, reading and power lounging, that isn’t to say deals weren’t getting done in the final days of the year.

ICYMI: Golden Gate Capital just before the New Year announced the recapitalization of Tidal Wave Auto Spa, one of the largest and fastest growing premium conveyor car wash systems in the country. The transaction translated to an enterprise value of approximately $950 million, a source familiar with the matter told me.

San Francisco’s Golden Gate has a long experience of investment in the multi-unit consumer industry.

In relevant activity, the firm acquired Express Oil Change & Tire Engineers in 2017, which combined with Mavis Discount Tire in 2018 to create one of the largest automotive service platforms in the US. In connection with the merger of the two businesses, Golden Gate acquired a stake in Mavis from ONCAP, Onex Corp‘s middle-market private equity platform.

Elsewhere, Golden Gate in 2018 acquired The Learning Experience, a national franchise and academy of early education, and in 2019 snagged Invo Healthcare, a provider of autism and childhood behavioral health services.

In other notable activity you may have missed… Blackstone’s HealthEdge snapped up Altruista Group from Martis Capital. Altruista is the second acquisition for the healthcare technology platform since its purchase by Blackstone early last year, with its July buy of The Burgess Group pushing revenue north of $200 million, PE Hub wrote. Read more on the Altruista transaction.

2021 pipeline: The adaptability and resilience of private equity has in many ways proven out over the last 12 months, with a burst of M&A activity in the final quarter of the year.
The pent up demand is still there, and GPs remain hungry to put capital to work. But will the typical flood of new deal books and acquisition opportunities become available in the coming days and weeks?

Technology and healthcare are two industries that remained highly sought after the initial shock of the pandemic, with valuations holding up or even surpassing precedent deal multiples in certain segments. In healthcare, bankers in December told me they were busier than ever before – signaling a robust 2021 pipeline is inevitable.

One such example, PE Hub recently wrote, is Hg and TA Associates-backed Miratech. Miratech, a software provider for legal and governance, risk and compliance (GRC), is poised to hit the block in Q1 or Q2, but as of December had yet to select a banker.
What assets are bankers pitching for right now and what’s already hit the market? Write to me at springle@buyoutsinsider.com with your deal tips and feedback, or just to say hello!

Go here for more information and to read about rules and methodology. Also check out past winners. Last year, New Mountain took the crown with its exit of Equian.
If you have additional questions, email Private Equity Editor Chris Witkowsky at cwitkowsky@buyoutsinsider.com.

Update: This report has been updated to clarify the timeline of GGC’s Express Oil and Mavis transactions.