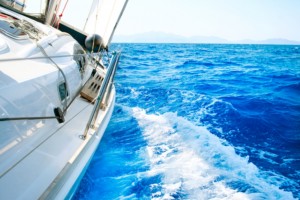 It looks like we have an early candidate for the 2014 “lightning-quick fundraising club.”

For the uninitiated, a rare handful of funds in today’s private equity and venture capital industry enjoy fundraising periods of such brevity that it’s hard to say they’ve even been on the fundraising trail. Some might even believe LPs mass together like a herd of elephants, stomping each other in a frenzied effort to access these top-flight managers.

Last year we noted that more than a few firms made it into the club – H.I.G. Capital, KPS Capital, Marlin Equity, just to name a few.

Now we have Altamont Capital Partners, a spinout from Golden Gate Capital, that appears to be sailing through marketing on its second fund and will likely hit its $750 million cap (if not more), according to four LPs. Fundraising could wrap up by the end of the first quarter, or shortly after, the LPs said. Altamont declined to comment about fundraising. Buyouts’ Steve Gelsi broke the news back in October that Altamont was out with its second offering, which subscribers can view here.

The investors I talked to – two of whom are in the fund and two who are not — said Altamont has demand over its cap. One potential LP lamented that it made the decision to commit too late and could not get any space in the fund.

Altamont, based in Palo Alto, raised $500 million for its first fund in 2010, 10 percent of which came from its general partners. I’m not exactly sure what the GP commitment is on Fund II, but sources told me it’s similar at least in dollar terms to the first fund.

The firm focuses on the middle market, across a range of industries “where Altamont can partner with management to implement strategic and operational change,” according to the firm’s website.

Altamont was formed by former Golden Gate executives Jesse Rogers, Randall Eason and Keoni Schwartz. Prior to co-founding Golden Gate, Rogers spent many years at Bain & Co., where he founded and worked as global head of the private equity group, according to his bio on Altamont’s website. Eason and Schwartz also spent time at Bain & Co. before working at Golden Gate.

So Altamont is an early contender for our “hot funds” list at year-end. I have a feeling H.I.G. will soon be making a play for a spot on the list (from what I’m hearing in the market).