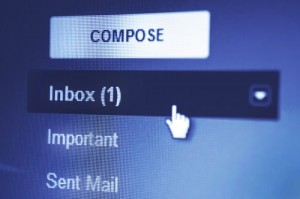 Boston, Mass.-based Yesware, an e-mail productivity service for salespeople, has obtained US$13.5 million in a Series B financing led by Battery Ventures. The company’s existing investors, including Toronto-based early-stage venture capital firm Golden Venture Partners, as well as Google Ventures, Foundry Group and IDG Ventures, joined in the round. Raising US$18.5 million to date, Yesware will utilize its newest funding to accelerate its continued growth and platform expansion efforts.

BOSTON, MA–(Marketwired – Sep 18, 2013) – Yesware, the leading email productivity service for salespeople, today announced that it has secured $13.5 million in Series B funding. The round was led by Battery Ventures, with existing investors Google Ventures, Foundry Group, IDG Ventures, and Golden Venture Partners all participating. In total, Yesware has now raised a total of $18.5 million. The new funds will be used to accelerate the company’s continued growth and platform expansion efforts.

Since launching two years ago, Yesware has grown to over 300,000 users by making it easy for salespeople to gauge the efficacy of their emails and manage customer information, right from their inbox. The company’s monthly revenue has increased 1300% in the past year.
Today’s announcement also marks the debut of Yesware’s Gmail extension on Salesforce.com’s AppExchange, which allows users to automatically sync emails, calendar events, tasks, and contacts between Google Apps and Salesforce. The number of Yesware customers using its Salesforce Sync features increased by over 700% since January 2013, highlighting the growing value of third-party services that offer integration between the two cloud giants.

“Enterprises invest significant resources hiring the best salespeople in the world, but then give them tools equivalent to an abacus to get their jobs done. Yesware’s sales-effectiveness technology is a major upgrade for salespeople, helping them get their jobs done better and putting more commission dollars in their pockets,” said Neeraj Agrawal, the Battery Ventures general partner who is joining Yesware’s board. “At Battery, we saw similar innovation in the field of marketing automation and invested in successful companies like Marketo and ExactTarget as a result — we believe sales-effectiveness will experience the same disruptive adoption curve.”

“Yesware adds tremendous value; giving me an accurate snapshot of sales productivity and email optimization with my team,” said Dominic Garabedian, VP of Sales at Mimeo. “As Vice President of Sales, transparency and improved productivity are requirements for success and we quickly rolled this solution out to over 100 members of the team.”

“Salespeople are facing a unique set of challenges today. Buyers expect and deserve instant response to their needs. Salespeople need better analytics and increased efficiency to compete in a global environment,” said Yesware Founder and CEO, Matthew Bellows. “In a networked world, where reputation and trust are at premium, Yesware helps salespeople and their colleagues continually improve performance.”

To learn more about what today’s news means for Yesware and salespeople everywhere, please visit the Yesware Blog.