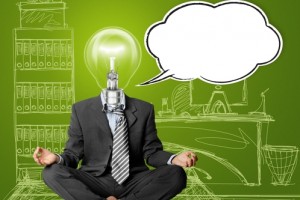 Nick Golding has left Pipper Jaffray to start his own firm.

Toronto-based Golding & Co. will provide financial technology M&A advisory services, he says. “I’ve been a banker in the space for 21 years, so I have a lot to offer to clients,” he says.

In March, Golding resigned from Piper Jaffray after six years. He was an MD at Piper and head of the IB’s financial technology & services practice. Before that, he spent another six years at Credit Suisse, where he was a director in the FIG group with responsibility for fintech and services.

Golding, who specializes in payment and transaction processing deals, says there is a void in the market. Lower middle market companies are underserved when it comes to fintech IB advisory, he says. Bulge bracket firms generally serve larger companies. Smaller firms that are either looking to sell or looking for an investor typically must resort to a generalist boutique to help them. “Those folks don’t have the industry expertise,” he says. “A lot of companies need help and they don’t have good options.”

With his fintech boutique, Golding says he can commit time and focus to clients. “I will really dig in and give my full, undivided attention,” he says.

Golding, who currently has one other executive working with him, says he plans to expand slowly. “I’m sure I’ll be hiring but not in the next week,” he says. “My goal is to build this [firm] one very satisfied client at a time.”

UPDATE: Compensation issues are causing more bankers to leave Wall Street and start their own firms, a source says. Bonuses are down and more are in stock than in cash, the person says. “This is especially true at bigger bulge bracket banks,” the source says.

“[Nick] isn’t going to be the only one,” the person adds.