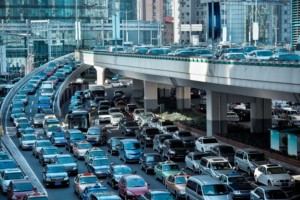 Goldman Sachs Group Inc (GS.N) is considering raising a new infrastructure fund, according to three people familiar with the matter, even as U.S. regulations threaten to reduce its profits from such endeavors.

The bank’s plans are tentative and in the early stages, and there is currently no fundraising process or target size for the fund, the sources cautioned. Goldman Sachs declined to comment.

When Goldman last raised an infrastructure fund in 2010, it met with lukewarm demand. Like that fund, the one being envisaged would have a global focus with a mandate to buy a variety of infrastructure assets, such as airports, power grids and toll roads.

In recent years investors such as pensions and insurers have grown increasingly keen on infrastructure funds, as they look for assets that are safer than stocks but offer better returns than low-yielding bonds.

Under a federal regulation known as the “Volcker Rule,” part of the 2010 Dodd-Frank financial reform act, a bank cannot own more than 3 percent of an infrastructure fund or any other private equity-type fund. The regulation is meant to limit banks’ bets on risky assets.

Before the Volcker rule, Goldman would typically invest around 10 percent of the capital in an infrastructure fund it set up and 30 to 35 percent of its private equity funds.

There is a loophole in the rule, though. A bank can spend as much of its own money as it likes to buy infrastructure assets like roads and airports, or invest in the kinds of corporate assets owned by private equity firms, provided it doesn’t use a fund that includes outside investors.

The bank is taking that route with private equity, as Reuters first reported last year. For example, it is currently leading a deal to acquire Neovia Logistics LLC, which helps companies with inventory management and warehousing, Reuters reported last week.

But the bank is reluctant to use that loophole for infrastructure assets, because the potential returns are usually only about half the 18 to 20 percent it can earn from private equity investments. The bank will earn a management fee and likely a 20 percent cut of fund profits, but will not earn much in the way of additional returns given the 3 percent limit on its investment.

Infrastructure assets, such as ports, toll roads and airports, may offer lower returns than private equity investments, but they are also lower risk, because they typically operate through government-granted monopolies.

Signs that Goldman is going to make most of its infrastructure investments with other peoples’ money, while making riskier private equity investments with its own money, underscore how the Volcker rule may have unintended consequences.

The rule was designed to make banks safer, but it may be encouraging banks to focus their own money on riskier assets, instead of making bets on a range of assets from the relatively safe to the risky.

Goldman Sachs is thinking about its next infrastructure fund now in part because its second and most recent such fund, raised before the Volcker rule in 2010, has invested about 65 percent of the capital pledged to it, one of the sources said. (The fund sought to raise about $7.5 billion, but ended up getting less than half that.) Managers of alternative investments like infrastructure funds typically begin raising a new vehicle when the previous fund is about 75 percent invested.

U.S. banks have taken varied approaches to infrastructure funds after the Volcker rule. Citigroup Inc (C.N), for example, is winding down its infrastructure investment unit, while Morgan Stanley (MS.N) is currently aiming to raise $4 billion for an infrastructure fund. It has so far raised more than $1.5 billion, it said in regulatory filings in July.

Strong demand has helped the average size of infrastructure funds raised so far this year increase by 44 percent compared with the corresponding period in 2013, according to market research firm Preqin.