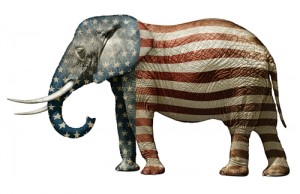 Presidential hopeful Ted Cruz has in the past week been answering questions about a loan he got from Goldman Sachs in 2012. But he is far from alone among Republican candidates in having a financial relationship with the Wall Street investment bank in recent years.

A Reuters analysis of the financial disclosures of the 12 Republicans left in the race to be the party’s candidate in the November presidential election shows that funds run by Goldman have been a favorite investment destination for them.

It shows that the Republican candidates and their spouses collectively held 57 Goldman investments, that is more than double the 28 they had from the second most popular source, Vanguard Group, which is one of the world’s largest investment management firms.

For a graphic of the Goldman and Vanguard investments by the candidates and their spouses, see tmsnrt.rs/23cVSNJ

Last week, the New York Times reported that Cruz, whose wife Heidi Cruz is on leave from her job as a managing director at Goldman’s wealth management arm, had borrowed as much as $500,000 from Goldman to help him in his successful campaign for a Senate seat in 2012 and didn’t disclose it in campaign finance reports.

Cruz, who is currently second to Donald Trump in a Reuters/Ipsos poll of Republican voters and is ahead in polls for the Iowa caucus on Feb. 1, has paid back the loan in full. Cruz told reporters last week that the loan didn’t violate any campaign financing rules, and if his disclosure to the Federal Election Commission wasn’t complete then it was a technical and inadvertent error and he would offer to amend the filing.

Eight of the Republican presidential hopefuls, Trump, Cruz, Ben Carson, Jeb Bush, John Kasich, Carly Fiorina, Chris Christie, and Jim Gilmore said in financial disclosures that were largely filed between June and August last year that they had owned Goldman funds or Goldman stock, and in some cases both. The disclosures mostly cover the period from the beginning of 2014 to the middle of last year.

Reuters was unable to determine if they still own the funds.

There is no indication that there is anything improper about the way the candidates came to invest with Goldman.

It’s not clear from the candidates’ financial disclosures whether Goldman is managing anyone’s portfolio or whether the aspirants simply bought Goldman products on their own. Goldman also declined to discuss how the candidates came to own the funds, other than to point out that most of them are available through other firms as well as through Goldman.

Spokespeople for Cruz and Bush declined to comment. Representatives for the other six candidates owning Goldman products did not respond to requests for comment.

The popularity of the Goldman funds shows that the candidates are prepared to trust Goldman to manage their money even as some of them have criticized the investment bank for having too much influence in Washington. Cruz told Bloomberg earlier this year, for example, that Goldman got “special favors” from government.

Senator Bernie Sanders, who is fighting Hillary Clinton for the Democratic nomination, said last Friday that it is time to “shut the revolving door” between Goldman and the government that has seen many senior former Goldman officials end up in top federal jobs in Washington.

He made the statement the day after Goldman had agreed to pay more than $5 billion to settle claims from the federal government, New York and Illinois states, and other agencies, that it misled mortgage bond investors during the financial crisis.

Goldman declined to comment on the criticism from Cruz and Sanders.

Sanders didn’t own any Goldman funds, based on his filings.

It is unclear precisely how much the candidates owned in each fund as the disclosures only provide wide ranges for asset values, for example from $1,001 to $15,000 or $1,000,001 to$5,000,000. In many cases, there is no indication about when they acquired the funds or whether they held onto them, though a small number of the investments are marked as sold in the disclosure forms.

Family connections and other close links may have played a role in the investments, which are mainly managed by the firm’s Goldman Sachs Asset Management arm.

Heidi Cruz began working for Goldman in 2005, and was most recently a managing director of private wealth management for the firm in Houston.

Carly Fiorina may not have such a close family connection to Wall Street but she does have long-term ties with Goldman. The firm was Hewlett-Packard’s financial advisor for its brutal and ultimately successful struggle to buy rival PC company Compaq in 2002 when Fiorina was HP’s CEO.

Many of the funds that the Republican candidates have invested in at Goldman, Vanguard and other fund companies are plain vanilla U.S. stock and fixed-income funds available to other investors.

Some have made more exotic choices.

Ted and Heidi Cruz, for example, owned several high-yield funds, an Asian equity fund, an investment in Goldman Sachs shares, and what appears to be an emerging markets debt fund. Many of the funds have lost value in the past year in line with the recent plunge in the value of stocks and many other financial assets.

For some of the candidates, the funds are only a small part of their overall wealth – Trump, for example, has his real estate empire and owned many individual stocks, and Fiorina also owned a large portfolio of stocks.

The second most popular firm, Vanguard, is best known for providing low-fee index funds that match market moves, and their funds are particularly popular with mom-and-pop investors across the country, with little of the controversy that critics of Wall Street would see in a Goldman relationship.

SAP is the sponsor of this coverage which is independently produced by the staff of Reuters News Agency.

Photo of Republican elephant painted with stars and stripes courtesy of Shutterstock.