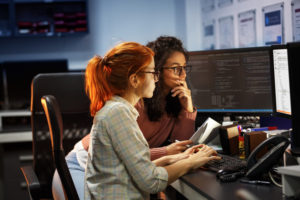 There’s a pretty interesting 11-page presentation circulating online that reveals a new survey of junior bankers at Goldman Sachs. That being said, the survey includes just 13 analysts so is relatively small sample size in the big scheme of things. Here are a few findings from the “Working Conditions Survey” circulating online:

– On average, first year analysts are working over 95 hours per week and sleeping 5 hours per night
– 1st year analysts report that the stresses of work have been detrimental to both their mental and physical health
-All respondents feel as though work hours have negatively impacted their relationships with friends and/or family.
– The majority of 1st year analysts feel they have been the victim of workplace abuse and have or considered seeking help due to deteriorating mental health

New York Time’s Andrew Sorkin writes: “The no-sympathy crowd says that first-year analysts at Goldman and other similar firms have no right to complain about long hours. They are highly educated and chose to go into investment banking, in part, because it pays $150,000 or more straight out of college with the promise that within a decade compensation can reach seven figures.”

On the other hand, he says: “The violin-playing crowd says that Wall Street isn’t focused enough on the mental health of young workers. Nobody should be forced to work that much.”

What’s your stance? Write to me at springle@buyoutsinsider.com

Deal: On the deal front, Silver Lake injected fresh capital into Relativity, a legal software and compliance company. Staying on as a minority investor is Iconiq Growth, the tech-focused direct investment effort that is affiliated with ICONIQ Capital – a secretive investment firm known for its ties to Facebook CEO Mark Zuckerburg.

According to the Wall Street Journal, the deal is valued at about $3.6 billion and will make Silver Lake its largest shareholder.

The new investment from Silver Lake will allow the company to devote even more resources to its AI-powered communication surveillance platform, Relativity Trace, the company said. Relativity Trace is used by compliance teams at some of the largest global financial institutions and corporations to proactively detect regulatory misconduct like insider trading, collusion and other non-compliant behavior to help protect against financial and reputational damage.

That’s it for today’s rundown! Have a great weekend, everybody, and as always, hit me up at springle@buyoutsinsider.com with any tips, comments or just to say hello!