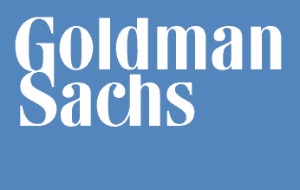 This year’s Dow Jones Private Equity Analyst Conference in New York showcased boldface names from middle market and VC firms alike, but the event began with Richard Friedman, global head of merchant banking with Goldman Sachs, who in turn led off with some interesting comments.

From what he thinks, Goldman won’t be getting out of the private equity business any time soon. At least, not completely.

He took time to divulge some key LP details too—he anticipates most, if not all of Goldman’s mega-funds, will return at or above 1.1x “cost” and that some of the funds that preceded the investment bank’s behemoth $20 billion 2007 LBO fund will return much higher.

But that doesn’t mean Goldman’s going to be heading out to market any time soon. The bank’s PE shop, which could be working under a new name by the time it is next fundraising, is “holding off” on another fund, Friedman said, despite the $20 billion fund being nearly fully invested (other than capital held aside for portfolio maintenance).

The bank and its private equity firm are “navigating regulatory rules,” Friedman said, until they’re “defined” and “living within the progression of the Volcker Rule.”

That won’t preclude Goldman Sachs from making future plays in PE, Friedman noted, just that regulation, specifically the Volcker rule, that has been applied to banking capital allocation procedures will be a “constraint” on the next LBO fundraising. He also said Goldman’s next fundraising—under any name—wouldn’t be for $20 billion. It no longer makes sense in today’s market, Friedman said.

As for his thoughts on this year’s election?

“I’m happy [Mitt] Romney is from Bain Capital and not Goldman Sachs,” he said.