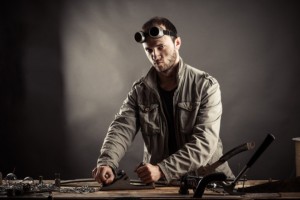 Goldman Sachs Group trimmed $1 billion in the first half of the year from alternative funds subject to the Volcker Rule, bringing the total figure down to $8 billion, according to recent comments by the marquee investment bank and private equity fund manager, peHUB sister website Buyouts reported.

”We’re harvesting it at a pace that obviously makes sense for those funds and the performance associated with those funds,” Harvey Schwartz, chief financial officer, said on a conference call with analysts.

In January, the firm had about $9 billion in funds subject to the Volcker Rule that requires 3 percent or less of the firm’s capital in private equity funds and other alternative pools. By mid-year, that figure had fallen to about $8 billion, he said.

The capital raised from exit activities gets put to work across the firm’s portfolio, Schwartz added. ”With respect to the capital, the reality is that when it comes off, we have the flexibility of deploying that capital in any way that we think is in the best interest of our clients and the firm where obviously we can look to return it,” Schwartz said. “And that will be opportunity-driven in the franchise.”

His comments came during a conference call with Wall Street analysts on July 15, when Goldman Sachs reported $2.04 billion in second-quarter net earnings, up from $1.93 billion in the year-ago period.

Goldman’s private equity holdings consistently draw questions from analysts on quarterly updates, after nearly all other big banks have sold or spun off some or all of their private equity businesses.

In January, Schwartz said Goldman would focus on “3 percent funds” that contain less than 3 cents of every dollar from insiders and the firm. Goldman is eligible for an extension under the Volcker Rule, which has a compliance date of July 21, 2015.

This story first appeared in Reuters Buyouts. Subscribers can read the original story here. To subscribe to Buyouts, click here for the Marketplace.