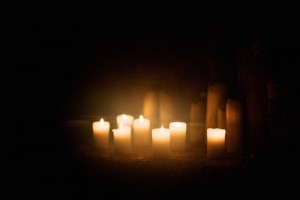 Steve Benevento was a “consummate professional” and a “wonderful family man” and it was with great shock that the firm where he served as a senior executive learned of his death, GoldPoint Partners said.

Benevento died in a traffic accident in September, according to a report from NBC from that time, as well as two sources with knowledge of the situation.

“The entire GoldPoint team has come together to work a bit harder and a bit smarter. That is the best way that we know to honor Steve’s legacy,” the firm said in an emailed statement.

Before joining GoldPoint, Benevento managed a portfolio of private equity, mezzanine and non-investment grade debt investments in New York Life’s Private Finance Group, according to a statement from 2012 when he was promoted to CIO.

Prior to New York Life, Benevento worked in the investment group at the Teachers Insurance and Annuity Association – College Retirement Equities Fund (TIAA-CREF).

It’s not clear if the loss of Benevento triggered any key man issues in any of the funds. GoldPoint manages about $10 billion in private equity assets comprised of co-investments, mezzanine investments and limited partnership stakes in alternative investment funds. The firm manages the investments for pension funds, financial institutions and high net worth individuals as well as for New York Life Insurance Co, according to its website.

Around the end of 2014, GoldPoint closed its fifth equity co-investment fund, GoldPoint Partners Co-investment V LP, on $675 million, the firm said in the email.

More than 25 percent of Fund V was raised after Benevento died. “We have been deeply touched by the overwhelming support received from our investors,” the firm said.

It’s not clear why Weinfeld left. Sources said he left the firm around February. It’s also not clear if GoldPoint has directly replaced Weinfeld. Three other people make up the business development team, according to GoldPoint’s website: Directors Patrick Noonan and Paul Roberts and investor relations Associate Danielle Rounick.

Weinfeld joined GoldPoint in 2010, prior to which he worked in investor relations and private equity fundraising at Franklin Templeton Investments, according to an archived version of GoldPoint’s website.