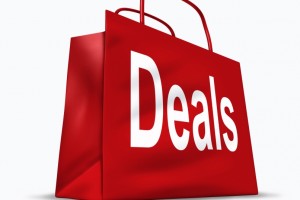 Goode Partners, which is currently seeking to raise $300 million for its second fund, is having a busy New Year.

Today, Gap announced it was buying Intermix Holding, a women’s apparel retailer, for $130 million. New York-based Goode Partners acquired a minority stake in Intermix 2007. It’s unclear how much the PE firm invested. Goode did sell its 40% holding in Intermix to Gap, a source says. The deal generated a “significant positive return” for the firm, the person says.

Earlier this year, Goode also made a growth investment in Sneaker Villa. Announced yesterday, the Philadelphia-based retailer is known for selling sneakers, including Air Jordan and Air Max, in 45 locations including Chicago, Detroit and Cleveland.

The consumer-focused PE firm also revealed an investment in Dave’s Killer Bread last week. The Portland, Oregon-based baker sells organic bread that is “whole grain, vegan and GMO free,” according to the company’s web site. Dave’s Bread comes in 16 varieties, including Blues Bread and Rockin’ Rye, that are sold in grocers and local supermarkets in the Western U.S.

The deals come as Goode Partners is out fundraising. The PE firm is currently looking to raise $300 million with its second fund, according to Buyouts. Goode collected at least $40.2 million in commitments for Fund II, according to an SEC filing dated Oct. 25, 2012. Goode typically invests from $10 million to $30 million in companies in spaces like retail, restaurants, apparel, direct marketing and branded consumer products.

Goode’s first fund raised $225 million in 2007. The pool has generated an IRR since inception of 8.31%, according to June 30, 2012, data from the New Mexico Educational Retirement Board.

Chuy’s Holdings, a Texas-based Goode portfolio company, also went public in July. The full-service Mexican restaurant chain raised about $76 million with the IPO (at $13 a share). Goode owned 9 million shares, or 97.8%, prior to the offering, according to a July 25, 2012, SEC filing. This fell to 56.6% after the over-allotment option. Goode appears to have sold a small chunk, about 1 million shares. The PE firm owned about 7.8 million shares, a July 27, 2012 regulatory filing says.

Officials for Gap did not return calls for comment.