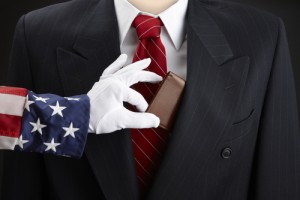 (Reuters) – The U.S. House of Representatives’ top Republican tax writer will release a plan on Wednesday to overhaul the tax code, but it was widely seen as dead-on-arrival in a Congress still deeply divided over fiscal policy.

The plan from Dave Camp, chairman of the House Ways and Means Committee, calls for reducing the number of tax brackets to two from seven, with tax rates of 10 percent and 25 percent and a 10-percent surtax on annual incomes exceeding $400,000.

The Michigan congressman said in an article he wrote for The Wall Street Journal on Wednesday that his plan would “clean up” the carried interest provision that lets private equity partners and other financial interests pay lower taxes on large portions of their incomes.

Steve Judge, CEO of the Private Equity Growth Capital Council, voiced disapproval of the plan. “Chairman Camp’s proposal penalizes long-term capital investment, which he and other members of the House Ways and Means Committee have purported to support,” he said in a prepared statement. “It is our hope that as the debate over tax reform unfolds, policymakers will utilize the opportunity to reform the tax code as a way to encourage, not undermine, capital investment in America.” (Read the full PEGCC statement here.)

Carlyle Group co-founder David M. Rubenstein said at the SuperReturn International conference on Wednesday that he didn’t believe Congress this year would pass legislation to increase taxes on carried interest, according to the New York Times.

Camp’s plan would end a depreciation provision in the tax code that favors private jet owners. That provision and the carried interest loophole have both been targeted in the past by President Barack Obama, a Democrat.

The Camp plan may also include a tax on banks resembling one that Obama once proposed for financial institutions with assets exceeding $50 billion.

“We’re not naive — there won’t be tax reform this year,” Greg Valliere, chief political strategist at Potomac Research Group, said in a client note on Wednesday.

“Republicans already are scrambling to distance themselves from Rep. Dave Camp’s proposal, out today, since it hikes taxes on the rich and banks, eliminates the carried interest tax dodge and would kill scores of popular tax breaks,” Valliere said.

Reflecting the offense sure to be taken by a wide range of special interest groups, the Bond Dealers of America said in a statement it was “concerned” because Camp’s 10-percent surtax idea “could negatively impact municipal bonds.”

The tax code has not been thoroughly overhauled in 27 years despite complaints about its complexity and its many loopholes. There is little prospect of reform in 2014, U.S. Senate Republican leader Mitch McConnell of Kentucky said on Tuesday.

“I have no hope for that happening this year,” he told reporters at the U.S. Capitol, blaming lawmakers’ stubborn fiscal gridlock on Democrats seeking tax increases.

Asked specifically about Camp’s plan on Wednesday, Speaker of the House John Boehner of Ohio said it was only the start of a long “conversation … It’s just an outline, a discussion draft.”

One of the main obstacles to reform is the abundance of tax breaks in the code that benefit corporations and individuals, lowering the effective tax rates of both and giving them ample reason to resist tax changes that would harm their interests.

Many of the most profitable U.S. corporations paid little or no federal income tax from 2008 to 2012, according to a five-year study issued on Tuesday by a tax activist group.

“Corporate lobbyists incessantly claim that our corporate tax rate is too high, and that it’s not ‘competitive’ with the rest of the world,” said Robert McIntyre, director of Citizens for Tax Justice and the study’s lead author.

“Our new report shows that both of these claims are false,” McIntyre said. He said most large corporations pay nowhere near the statutory 35-percent U.S. corporate income tax rate.