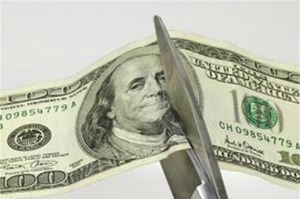 The challenges aren’t just coming from the re-regulation and in the Supreme Court: the healthcare industry faces more uncertainty due to major changes in Medicare reimbursement. Resembling the way a villain in a B-rated horror movie keeps unexpectedly popping up to claim its next victim, unfavorable changes to Medicare reimbursements threaten the future of Skilled Nursing Facilities (SNFs).

In 1999 following a decision by the Healthcare Financing Administration to transition to a prospective payment system for SNF services, a wave of bankruptcies hit the industry. Despite those initial causalities from the shift to fixed, predetermined rates for each day of care from a cost-based reimbursement system, the rate of SNF bankruptcies stabilized during the proceeding decade – a respite before the Great Recession.

The fallout from a weakened economy, major shifts in funding sources, and other environmental factors could lead to another rash of devastating bankruptcies. The industry’s reliance on state and federal government insurance programs exposes it to recurring battery from the Center for Medicare and Medicaid Services Administration, which often looks for ways to slow escalating costs.

What we notice is that more individuals are unable to pay out of pocket for nursing facilities. Meanwhile, these facilities are high in demand as baby boomers age and managed care organizations push to move patients out of much needed hospital beds and into SNFs when appropriate.

Unfortunately, government programs pay all or part of the cost for 85 percent of residents, making SNFs highly vulnerable to Medicare’s and Medicaid’s cost saving initiatives.

Here comes the kicker. The CMS announced an 11.1 percent cut in federal Medicare reimbursement rates, which is about double of what was expected. Such a large and unforeseen blow can be attributed to the aftereffects of the economic downturn – a reality that has punished many businesses. Over a ten year period that reduction will translate to a loss of $79 billion. In an industry with already unimpressive profit margins, this reimbursement cut will put further strain on margins.

In the public arena, nursing facility companies are already known to have some of the lowest margins in the healthcare sector – estimated by IBISworld to be around 3.3 percent. Therefore, publicly traded SNFs will face even graver repercussions from reductions in reimbursement rates. On the same day that news of major Medicare cuts hit, stocks of publicly traded nursing home companies plummeted by as much as 50 percent.

While nursing home operators brace themselves for the imminent impact of the already confirmed cuts in Medicare reimbursements to their bottom lines, the financial outlook for state governments shows alarming deficits. When states face budget deficits, they often seek to save money by reducing Medicaid reimbursement, further impacting cash flow and income to SNFs.

Private insurance plans are further agitating the problem by passing a greater portion of coverage costs to enrollees in order to curtail their own spending. Consequently, more people are choosing to forego the expense of skilled care and opting to use the cheaper alternative of at-home care.

Additional pieces of legislation have contributed to the woes of SNFs. In 2010, the Patient Protection and Affordable Care Act made federal dollars available to fund programs promoting the use of at-home care, effectively moving many patients away from SNFs. Those who have to be placed in SNFs are often the most afflicted and, therefore, the most expensive to treat.

What next? In the wake of cuts to government insurance programs, SNFs will be forced to cut costs and favor private payers (i.e., individuals and HMOs, insurers, and self-insured employer sponsored plans) who can afford their services to make up for lost revenue – but even that solution doesn’t solve the greater problem. With a 3.1 percent annual decline in SNF companies over the past five years, and a 3.3 percent decrease in brick-and-mortar facilities, indicators give little reason to believe this will improve. If additional cuts in government payments are made, many forecast that the industry will suffer zero or negative profit margins.

So long as SNFs rely on an unsustainable capital structure, the industry will see history repeat itself with a new wave of distressed mergers and acquisitions or bankruptcies. While this doesn’t bode well for industry employees, this could mean great opportunity for private equity firms with an appetite for risk and a bit of foresight and ingenuity to help weather the storm by investing in distressed facilities.