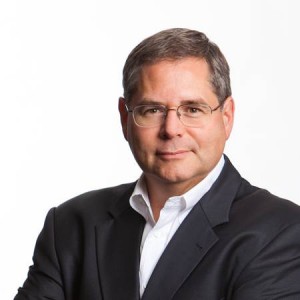 Assets under management: Prizker does not disclose AUM. (Forbes Magazine estimates combined net worth of J.B. and Tony Pritzker at about $6.8 bln)

Pritzker Group Private Capital, the firm’s buyout arm, has grown to about 20 people. It added two portfolio companies in the past year and in coming months expects to acquire more with enterprise values ranging from $100 million to $500 million. Eventually the firm aims to own a multiple of companies beyond the six in its portfolio.

“The issue for us is return on capital and to deploy the capital in the appropriate way,” J.B. Pritzker, managing partner of the firm, said in a phone interview. J.B Pritzker is one of three managing partners at the firm, along with his brother Tony Pritzker and Paul Carbone, who was previously a director and managing partner in the private equity group at Robert W. Baird & Co.

Pritzker Group Private Capital competes with private equity firms for deals, but the firm promotes a strategy that sets it apart. For one, the firm says it isn’t under any pressure to sell a portfolio company within the traditional three-year to five-year holding period of many private equity funds. Four years after its initial investment in commercial steel producer Signicast Corp, for example, the firm spent $50 million for a new plant; that was just about the time a typical GP would have been looking to sell. Growth at Signicast has continued.

“Under our ownership, if we look at an investment and say we can get a really good return on that, but it means we have to hold the business for another five years, we’re perfectly happy to do that,” Pritzker said.

In the past year, the firm has made two of its largest acquisitions to date. It bought Milestone AV Technologies, the largest audio-visual screen wall-mounting company in the United States, and Technimark, an entrepreneur-built manufacturer of plastic packaging and components sold by Quad-C Management and the Wellington family. Terms of the deals were not disclosed.

“They both had a family component and I think that was attractive to us as well as attractive to them,” Pritzker said. “Both fit a profile that is right up our alley. They both had ownership structures attracted to working with us, and both are in areas of industry that we’re interested in… Both are companies where we feel like we can invest in for growth.”

Since Carbone joined the firm in 2012, Pritzker Group Private Capital has been steadily hiring. It has built up three deal teams specializing in manufactured products, services and healthcare.

Carbone said the firm has evolved by marshalling its own expertise for direct investments. “Given our scale, the quality of our team and our strategy, I don’t think we are just a family office,” he said. “We prefer to think of ourselves as a family investment firm.”

Among recent hires, David Rosen is investment partner for the firm’s services team after moving from Equity Group Investments, the holding company for billionaire Sam Zell. Michael Dal Bello is an investment partner for healthcare, having previously worked at The Blackstone Group. Michael Lynch, operating partner for healthcare, joined the firm after working as CEO of Cardinal Health’s $10 billion medical unit. Ceron Rhee, vice president of healthcare, joined the firm from TPG Capital.

The firm has one remaining senior opening it’s working to fill, an operating partner position for its services team.

Looking ahead at deals, Carbone said the firm won’t avoid today’s ubiquitous auctions, but it plans to remain disciplined on price.

“We’ve seen the highest multiples that we’ve paid in a long time,” Carbone said. “We’re being careful and selective, but would love to deploy capital as appropriate. We are seeing really interesting opportunities in this marketplace that appreciate the nature of our capital.”

Indeed, Pritzker Group Private Capital is in talks with several groups about acquisitions.

“We have discussions under way with family owners who view us a value-add vs. other capital providers,” Carbone said. “And they’re willing to talk to us on an exclusive basis.”