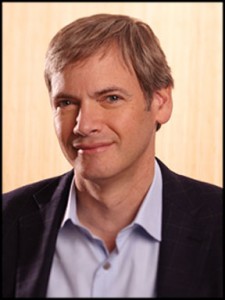 “When you are really successful at what you do there is no reason to do anything else, so why do anything different?” said Chuck Esserman, founder and CEO of TSG. Recently, however, Esserman is not taking his own good advice.

No, the San Francisco-based TSG, which closed its latest buyout fund at $1.3 billion in 2011, has not suddenly caught the consumer tech bug. But the firm recently made two new investments in categories it had never touched before: apparel and accessories.

The investments in question are Paige Denim, a maker of luxury denim products, and Alexis Bittar, a designer of affordable jewelry worn most notably by first lady Michele Obama. Esserman admits that the fickle nature of fashion makes apparel a difficult investment area. Still, there was something about these two companies the firm could not resist.

“It is not our strategic focus to make apparel and accessories a major portion of the capital we deploy,” Esserman said. “But we are still excited about Paige and Alexis, because they have exceptional teams and sell exceptional products with great margins and there is as an opportunity to expand the product line selectively, expand distribution selectively, and move into new markets both domestically and internationally.”

He added that, in both cases, the bet was not on the apparel or accessories space per se, but on the individual opportunity to scale these businesses five to ten times their current size. “Some investments have tailwinds, but we are looking for our own winds to push along the progress of these companies,” Esserman said.

TSG’s modus operandi is to identify brands whose primary opportunity is in the United States, and then pursue new markets for them outside North America. “We are very focused on doing what we know rather than learning on our investors’ dime,” Esserman said.
TSG’s focus on the consumer space has not wavered since the firm was founded some 26 years ago. In those early days of private equity, there were no other specialty funds, let alone funds solely targeting consumer deals.

“There were many people at that time who believed our strategy was too nichey and did not provide an attractive investment from an LP perspective,” Esserman recalled. “Obviously that has changed. But what hasn’t changed is our business plan. The plan we put together 26 years ago is the same one we operate under today. So it has really stood the test of time. We’re just executing better because of the partnership and team we’ve built over the years.”

Indeed, 2012 was one of the most successful years on record for the firm. TSG put more money to work than ever before, some $300 million to $400 million in six new investments. It also saw significant growth in the value of its portfolio companies, including DenTek, e.l.f. Cosmetics, and Muscle Milk maker CytoSport. Oh yeah, the firm also had three solid exits: Popchips sold to Veralight for an approximately 3x return, restaurant chain Yard House was snapped up by Darden Restaurants for $585 million, and PetSafe was sold in a stock buyback deal.

So what’s the firm’s secret sauce? “We identify brands we believe in,” said Esserman. “For instance, other people knew about VitaminWater when we invested, they just didn’t believe in it. Even as we grew it, companies like Coke and Pepsi didn’t believe in it, but we did. So it’s really a matter of finding those opportunities that can be international brands, and then believing in the investment.”

So why apparel, and why a company like Paige Denim in particular? The answer is related to the methodical approach that TSG brings to every one of its investments. After all, this is a firm the discovered VitaminWater by literally walking up and down supermarket aisles across the nation.

In the case of Paige Denim, TSG first took a look at apparel in general. It then narrowed the search to identify the growth categories within that sector. Premium denin stood out because people were regularly wearing the fabric in new settings. Ten years ago, for instance, denim was limited to weekends and casual environments, but today people are increasingly wearing denim to work.

TSG was intrigued by the broad appeal of premium denim and its wider applications. So it studied every major company in the space. It conducted consumer surveys on a dozen different companies to understand the relative impressions of each of these brands. “What was notable about Paige Denim was how uniquely it was positioned from a consumer perspective and how the brand really resonates with its customers even beyond premium denim,” Esserman said.

The firm then visited with Paige Denim to share its consumer research and explain why it was interesting in investing in the company. TSG also outlined its strategic vision for the company and how it could help them expand the brand and reach new markets.

Just two months after that initial presentation, the deal was signed. “We were blown away by all the research they had done on our brand, and all the effort the put into understanding apparel and premium denim,” said Paige Denim co-founder Michael Geller. “In all our years in business and informally talking to private equity firms, we had never come across a presentation like that.”

Geller was also impressed with the firm’s success in building global brands. “For us it’s about growing Paige into a lifestyle brand, and we knew we wanted to partner with someone who had expertise in that area. TSG has a great track record in a number of different consumer categories.”

Paige Adams-Geller, the company’s chief designer and cofounder, adds that she felt an emotional connection with TSG right from the get-go. “For me, other investor presentations that came our way were done by, for lack of a better word, a bunch of suits who didn’t really understand the fashion industry. But TSG was a dream come true because they really understood our brand and could really make us stronger.”

A key part of the game plan for both Paige Denim and Alexis Bittar is international expansion. “There are great opportunities for both brands in Europe and Asia,” Esserman said. “For Paige, we’re focused on significantly greater placement in high end and specialty stores throughout Europe. The company had already begun its international initiatives, but there is tremendous opportunity to expand that. Asia, for example, is still completely untapped.”

While TSG is happily taking its brands abroad, the firm itself is not looking to make any global investments. “We are not the private equity fund that is going to open a shop in China and begin investing there,” Esserman explained. “We simply don’t have the expertise of a locally run private equity shop in China.”