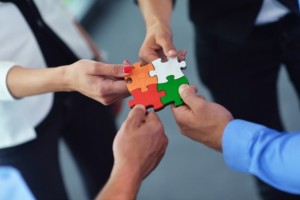 It’s an LP world; GPs just live in it.

Some GPs—especially new shops that are raising debut funds—are offering 0 percent management fees with 20 to 30 percent rates of carried interest, according to Prakash Mehta, partner and co-head of the investment management practices at the law firm Akin Gump Strauss Hauer & Feld.

Mehta, who spoke on a panel at the International Finance Corp’s 16th Annual Global Private Equity Conference (in association with the Emerging Markets Private Equity Association) Tuesday, explained that one way to keep the lights on at firms charging no management fees, GPs secure lines of credit from LPs in the fund, sometimes at interest rates as high as 12 percent.

Terms like 0 percent management fees “seem aggressive” but they do “reinforce the concept of alignment of interests,” Mehta said.

Mehta gave the 0 percent management fee example to back up his contention that GPs all over the world should be ready for an even more intense focus on LP activism, especially as it comes to things like fees and alignment of interests with investors.

“In our practice, we’re seeing LPs now more than ever seeking to act in the face of what they believe to be GP misbehavior,” Mehta said. Mehta declined to go into specifics on the sidelines of the conference after the panel, only saying he is seeing an increase in these aggressive terms and expects this trend to continue.

However, not everyone on the panel agreed.

Robert Perry, managing partner and co-founder of Clearwater Capital Partners, said the tension between LPs and GPs that rose after the global financial crisis has reached a “healthy” place today.

What went unsaid on the panel, but what surely plays into the idea of a rise in LP activism and scrutiny of manager practice, is the ever-increasing focus of the U.S. Securities and Exchange Commission on the industry.

The SEC has officially confirmed that, through its completion of 150 ”presence exams” of private equity firms, it has found in more than half “violations of law or material weaknesses in controls” involving fees and expenses. With this official acknowledgement by the SEC of bad behavior, LPs will likely be taking an even closer look into their managers.