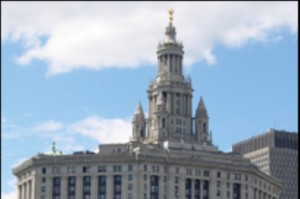 If you want to push the New York City Retirement System on fees, be ready to make an in-person visit to the investment division’s offices so you can see exactly where these people work every day.

“We work in a dump,” said Seema Hingorani, chief investment officer at the Bureau of Asset Management in the New York City Comptroller’s Office. Hingorani spoke during a keynote interview at the PartnerConnect East conference last week.

She was making a serious point. Hingorani really expects managers to understand that the system’s investment staff doesn’t work in a luxurious setting. (I’ve been to those offices and I recall wishing I had a stick or club of some kind, just in case something ran across my shoes.)

“We fight every day to get fees down, and I always say to managers, ‘If you’re going to talk about fees, you need to come to our offices,’” Hingorani said. The system pays about $400 million a year in money management fees.

And visit they do. Managers fly in from all over the world to meet with the five boards that govern the city system, which had about $148 billion in assets as of October 31, 2013. The five boards govern the pensions for city teachers, employees, police, fire and the board of education. A total of 58 trustees serve on the boards and work with a myriad of investment consultants.

Investment managers who want to do business with the system have to meet them all.

“We’ve had managers fly in all the way from Europe and they sit there for three hours,” Hingorani said.

Hingorani, who in January committed to stay in her role for six months under New York City Comptroller Scott Stringer, said she and others in the system believe more investment management needs to be brought in-house, to cut down on fees. But to do that, the system would need to build its internal capabilities, which would require paying bigger salaries to investment staff.

Hingorani said the Canadian pension model is the right way to go. Many Canadian pensions have expanded their investment management staffs and in some cases compete with sponsors as direct investors.

Former Comptroller John Liu and Mayor Michael Bloomberg had been working on a major overhaul to the system that would have cut the number of boards to one, and enhanced internal investment management. The plan was never realized, though.

Comptroller Stringer has indicated an interest in bringing more management in-house and figuring out ways to keep investment staff around longer.

“Other large institutional investors have expanded asset management in-house and we’re working on that,” Stringer said after his keynote address at a Citizens Budget Commission conference in December, according to The Bond Buyer.

“We’ve had this structure for 75 years…[changing it] is not an easy thing to try and do,” Hingorani said.