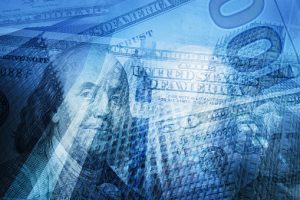 A reader brought up an idea of starting a column that would focus in on private equity firms actually getting stuff done during the downturn, sort of like a ‘weathering the storm’ weekly report. It would focus in on firms raising funds, or doing deals, in the challenging market and especially, how they’re doing it.

What do you think? We’ve done our best to keep covering things happening outside of coronavirus impacts on the industry, so there is certainly some content out there. Hit me up at cwitkowsky@buyoutsinsider.com.

Also a reminder, PE Hub reporter Milana Vinn is talking to firms about their summer internship programs and what’s expected to happen. DealBook this week reported that Morgan Stanley told incoming interns most of its summer program would be held online and JP Morgan’s would be virtual. Some banks like Citigroup, Goldman Sachs and JPMorgan Chase are pushing the start date of their programs to July from June, DealBook reported.

Let us know what you’re hearing from the private equity world. I’m at cwitkowsky@buyoutsinsider.com.
Recycling: Some buyout GPs are seeking amendments to fund terms that would allow them to take proceeds from realizations and reinvest them into portfolio companies that need additional capital. This is an example of GPs looking for ways to support portfolio companies in the coronavirus-fueled downturn.

Other options would be to raise external capital, but fundraising is a tough proposition right now. They can also seek capital from private credit investors, but that can be expensive. As well, more firms are offering preferred equity investments for GPs that need capital for older investments but don’t want to lose control of those companies.

The risk is asking LPs for proceeds from sales at a time when liquidity may be tight amid public market volatility. And investing proceeds into a strained portfolio company could result in the ultimate loss of the proceeds if the company is not able to withstand the downturn, sources said.

“The negative comes back to cash flow. You want to recycle, but I wanted that to be my [money] to keep,” said a family office LP who is considering such an amendment request.

Check out my story here on Buyouts.

Meanwhile, the recycling amendment requests are among a slew of changes GPs are seeking to adjust to the unprecedented downturn. Other requests include GPs seeking to expand their investment scope, including asking for the ability to buy debt.

“GPs are definitely triaging their funds, particularly in their older vintage year funds – prior to 2017 – where they are typically out of their investment period, to determine what amount of capital might be needed to shore up those companies that could get to the other side of the chasm,” said Andrea Auerbach, global head of private equity at Cambridge Associates.

The decline in oil prices to below zero could spell doom for smaller U.S. oil producers. This could mean bankruptcy for PE-backed oil and gas companies, according to a report from PitchBook. Lex Hochner, a managing partner at Pickering Energy Partners, said the firm may reallocate about $300 million of uncalled capital to portfolio company restructurings or bankruptcy. Read more.

That’s it, have a good one! Hit me up as always with that good tips n’ gossip, feedback or just to chat at cwitkowsky@buyoutsinsider.com, on Twitter or find me on LinkedIn.