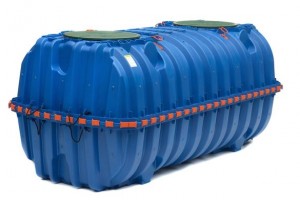 Graham Partners may exit Infiltrator Systems after a near nine year hold.

Old Saybrook, Connecticut-based Infiltrator is up for sale, according to two sources. Investment bank Harris Williams is advising, the people said.

Infiltrator makes products, such as septic tanks, for the onsite wastewater industry. The company produces $50 million of EBITDA, the sources said.

Graham is seeking bids of more than 8x for Infiltrator, one of the people said.

Graham, of Newtown Square, Pennsylvania,  invested in Infiltrator in November 2005 via a $215 million dividend recapitalization. It is unclear how much capital the firm put in.

News of the sale comes as Graham is expected to begin fundraising later this year, one placement agent said. The firm’s last buyout pool, Graham Partners III LP, collected $515 million in 2009. The fund is 70 percent invested, the placement source said.

Graham, in 2011, also raised a $15 million “Annex Fund” which was designed to support remaining investments of the firm’s first fund, according to data provider Preqin. Graham collected $227 million for its debut fund in 1999, Preqin said.

The firm’s second pool closed at $463 million in 2005, Preqin said. A Graham co-investment pool, also from 2005, raised $150 million to invest alongside Fund II, a February 2006 communication from the University of Michigan Regents said.

Performance data for the funds was not immediately available.

Graham invests in industrial and manufacturing companies based in North America with EBITDA of $5 million to $50 million, the firm’s website said. The investment firm has been very active. In August, Graham completed the combined sale of Strata Products Worldwide and Strata Proximity Systems. Graham also sold Eberle Design, which makes electronic components for traffic control systems, and Mitten, a Canadian maker of vinyl sliding and accessories, in separate transactions last year.

Graham, in 2014, invested in HemaSource Holdings and Precision Medical.

Executives for Graham, Harris Williams and Infiltrator did not respond to requests for comment.