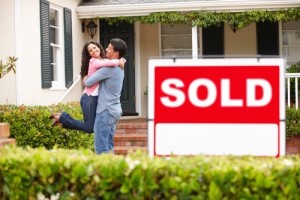 “It’s a company that has grown to a very healthy level under our ownership,” said Christina Morin, a Graham managing principal. “It was a successful outcome.”

President and CEO Roy Moore said in a statement Infiltrator’s name was updated — the company was formally known as Infiltrator Systems — to “better define and communicate the company’s strategy to provide innovative products to effectively manage all forms of water.”

Old Saybrook, Connecticut-based Infiltrator makes wastewater products like septic tanks and leachfield chambers. The company produces $50 million of EBITDA, peHUB has reported. This values the sale to Ontario Teachers at more than 10x.

In August, peHUB reported Infiltrator was up for sale. Harris Williams was tapped to advise on the process. Ontario Teachers took part in the auction last year but pulled out when it realized strategics were interested in Infiltrator, a private equity source said. The strategics didn’t pan out and the Infiltrator process was put on hold until recently, the source said.

“Ontario Teachers got the teaser for the new process and went right into due diligence mode and then offered a healthy price to induce Graham not to open the process formally,” the person said.

“They jumped ahead of the process that Harris Williams was running with an attractive offer,” a second PE source added.

Graham, of Newtown Square, Pennsylvania, invests in industrial and manufacturing companies. The PE firm acquired Infiltrator in September 2005. The deal was valued at less than $200 million, a different PE source said. Infiltrator issued several cash dividends to its investors during Graham’s near 10-year hold, the third source said.

The sale comes as Graham Partners is expected to come to market for its next pool. The firm’s last buyout fund, Graham Partners III LP, collected $515 million in 2008. The fund was 70 percent invested as of August, peHUB reported.

Graham, in 2011, also raised a $15 million “Annex Fund” which was designed to support remaining investments of the firm’s first fund.

Fund III is producing a 14 percent average IRR and a 1.32x average multiple, according to data provider Bison.