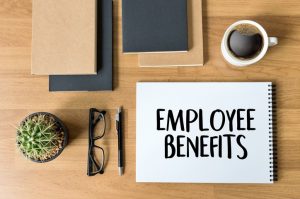 Great Hill Partners is nearing the sale of Quantum Health, a rapidly-growing business that helps employees navigate their healthcare benefits, according to people familiar with the sale process.

Final bids for Quantum are due on Friday, some of the people said, the expectation being that a deal will likely be consummated before year-end.

William Blair is providing sell-side advice on the process, which is expected to produce a deal valued significantly north of $1 billion, sources said.

The business is projecting 2021 ARR [annual recurring revenue] of $218 million, up from $178 million ARR as of February 2020, one of the people said. One source placed EBITDA at $36 million, while another said adjusted EBITDA is more like $50 million.

The Columbus, Ohio, business is growing at a rate of around 35 percent, one of the people added.

Founded in 1999 by CEO and founder Kara Trott, Quantum provides healthcare navigation and care-coordination tools for small- and medium-sized self-insured employers. The fast-growing business says that it has helped 200 regional and national businesses cut costs without cutting back on benefits – serving more than a million plan participants across the country today.

While the self-insured employer benefits arena has surfaced as an increasingly hot area of investment, Quantum in particular has seen interest accelerate in part due to the strong performance of its publicly traded peer, Accolade.

Although a public company, Accolade is not the bigger of the two, and unlike Quantum, is not yet profitable. Nevertheless, Accolade has recently traded at a revenue multiple in the low teens.

Accolade said in August that it expects to produce between $158 million and $161 million in revenue for its fiscal year ended February 28, 2021, alongside an adjusted EBITDA loss in the $32 million to $36 million range.

The health benefits platform went public earlier this year at a $1.2 valuation and its market capitalization has recently hovered above $2 billion.

In recent activity, the firm brought on Advent International earlier this month as an investor in RxBenefits, which helps self-insured employers manage pharmacy benefits and costs, PE Hub wrote. The pending recapitalization is set to value the Birmingham, Alabama, company north of $1 billion, people familiar with the transaction said at the time.

Great Hill in March 2019 exited its investment in PlanSource through a sale to Vista Equity Partners for an undisclosed sum. The firm in November 2014 sold BSwift for $400 million to Aetna.

Broadly, employee benefits and wellness is something many companies are focused on today, with demand for such offerings only accelerating in today’s environment as organizations start transitioning back to the workplace. Healthcare specific tools are deemed particularly attractive.

On the wellness side, Teleperformance recently bought Health Advocate from Apollo’s Intrado in a $690 million deal – translating to a nearly 13x to 14x EBITDA multiple based upon the asset’s $50 million of EBITDA, the buyer said. The deal followed a Goldman- and Triple Tree-run process, PE Hub wrote.

In other brewing activity, Marlin Equity has yet do secure a buyer for Virgin Pulse, which PE Hub originally wrote in January had returned to market via Morgan Stanley.

Great Hill and William Blair declined to comment. Quantum Health could not immediately be reached.