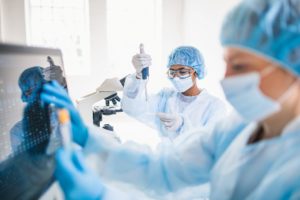 Riverside Co is preparing to put Greenphire on the block this spring, with the niche clinical trial payments technology business anticipated to field significant interest from a range of buyers, according to several people familiar with the firm’s plans.

Although a process has not formally launched, the firm hopes to fetch some $1 billion in a potential transaction, sources told PE Hub. Sources placed recurring revenue at $100 million, which would imply a roughly 10x multiple is desired.

Bake-offs for a sell-side advisor took place in late 2020 and a firm has been selected, sources said, but the bank’s identity could not be confirmed. A process is anticipated to launch in April, some of the people said.

Greenphire is expected attract both growth-focused technology and healthcare IT private equity groups, as well as a wide pool of strategic buyers. Strategics might include fintech, financial services and healthcare IT companies, sources predicted.

While Greenphire might also be of interest to the pharma services players, sources are doubtful they will emerge as real contenders. As one source put it, $1 billion is a “pretty rich number … for even the high flying ones.”

The business enables smarter budgeting of clinical trials, streamlines payments between sites, sponsors and CROs throughout the clinical trial, facilitates and automates payments to trial participants, as well as looks to improve patient participation by providing travel arrangements.

“People are so excited because no one else does it at scale,” one source said. “It’s a nice business in a nice spot.”

Greenphire also does something that the CROs [clinical research organizations] don’t do particularly well on their own, this person said, characterizing the company as a scarcity value play.

Greenphire appears poised to produce a handsome outcome for Riverside, whose investment dates to January 2015. The firm made a growth equity investment in the company out of its micro cap strategy, which generally targets North American platform investments with less than $10 million in EBITDA.

For example, Nordic Capital and Astorg in December teamed up to buy New Mountain Capital’s Cytel, which uses statistical analysis in the planning and optimization of clinical trials. The agreement valued the business at roughly $1 billion, sources with knowledge of the pending deal told PE Hub at the time.

NMC shortly after sold Sparta Systems for $1.3 billion in cash to Honeywell. Sparta is a provider of enterprise quality management software for pharmaceutical, medical device and consumer products industries.

Riverside, for its part, backs other healthcare IT businesses, including AdhereHealth, HRGi and InVita.