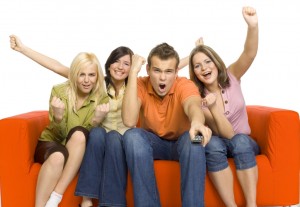 DreamWorks said on Wednesday it will pay about $33 million in cash to acquire AwesomenessTV, with additional payments of up to $117 million if earnings targets are met in 2014 and 2015. The transaction is expected to be completed this month, it said.

The sale will potentially provide a big and very quick return for AwesomenessTV’s backers. The company raised a $3.5 million Series A round in August 2012 from Greycroft Partners, MK Capital, New World Ventures and individuals Allen DeBevoise, Jeremy Zimmer, and Michael Kassan, according to Thomson Reuters (publisher of peHUB).

Socaltech.com reported that the sale produced the “best ROI ever” for a company based in the Silicon Beach area of Los Angeles.

AwesomenessTV is a network of 55,000 YouTube channels, with 14 million subscribers, that feature online talk shows, sketch comedy and scripted and reality series aimed at teens. It is among the original channels that Google Inc-owned YouTube helped bankroll over the past year and a half.

YouTube has spent more than $100 million to help about 150 media partners create and promote specialized YouTube video channels dedicated to topics ranging from food to sports. The idea is to improve the quality of videos on YouTube and to attract a bigger share of television advertising dollars.

AwesomenessTV was founded by Brian Robbins, an executive producer of TV shows, including “One Tree Hill” and “Smallville.” Hollywood talent firm United Talent Agency helped Robbins set up AwesomenessTV in 2010, negotiating its early venture capital funding, the deal with YouTube and the sale to DreamWorks.

Under the deal with DreamWorks, Robbins will take an executive role at the movie studio to develop a digital family channel. DreamWorks movie franchises include “Shrek,” “Kung Fu Panda,” “Madagascar” and current box office hit “The Croods.”

DreamWorks CEO Jeffrey Katzenberg has talked about creating a family-themed cable channel since last July, when the company acquired characters such as “Casper the Friendly Ghost” and “Lassie” through its purchase of Classic Media.

On Tuesday, Katzenberg said the company was still pursuing the idea.

“On the cable side of it, again we continue to explore that. We continue to have interest,” Katzenberg told analysts on a conference call after the company released quarterly earnings.

The shares of DreamWorks, which reported stronger-than-expected quarterly earnings on Tuesday, were up 7.5 percent at $20.73 in Wednesday afternoon trading on the Nasdaq.

Additional reporting and editing by Lawrence Aragon for peHUB