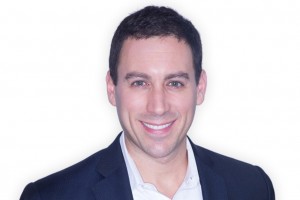 Ian Sigalow, co-founder and partner at Greycroft Partners, gave a speech at Columbia Business School’s Private Equity and Venture Capital conference earlier this month, where he mentioned the words that shall not be spoken in polite company: tech bubble.

I was busy live tweeting Ian and failed to record him or take copious notes, so he was generous enough to take some time for a few follow-up questions based on his keynote interview at the conference.

Q: You mentioned we’re in a bubble – what makes you say that? The “bubble” term is always highly contested.

A: In my point of view there are two signs of a bubble in the private markets today.

First, we have seen a few companies raise money, miss their financial projections by over 50 percent, and then raise money again at a 3x step-up nine months later. One of the telltale signs of a bubble is when VCs underwrite investments and cannot lose – i.e. a company’s financial performance has no impact on future valuation. There are a handful of momentum investors who are the major beneficiaries of this trend today. My guess is that they are also the most vocal critics of the bubble theory.

Second, there should be a discount for illiquid securities, not a premium. Meanwhile we have seen an “illiquidity premium” in the pricing of some companies where private multiples exceed public multiples.

Q: You said one of the great VC innovations of the past decade is the ability to write post-money on term sheets instead of pre-money. Care to explain?

A: There are a few advantages to the post-money term sheet. First, it gives entrepreneurs the flexibility to decide how much to raise – the entrepreneur is the direct beneficiary if they decide to be capital efficient and raise a smaller round. Second, an investor can lock-in ownership, which is based off the post-money valuation.

Q: How does a big public manager make an investment in a startup that actually moves the needle?

A: Some of our large LPs do “crossover funds” (public and private), with the rationale that it helps to move downstream and secure large positions in an eventual IPO. Most venture-backed companies are doing small public offerings, in the sub-$200 million range, and a public manager may only get a $5 million or $10 million allocation if they wait until the IPO to invest. If they can get $30 million or $40 million into a hot company by going pre-IPO, that helps with overall scale relative to the billions or, in some cases, trillions of assets that major money managers have.

Q: How is this inflated environment reflected in VC fundraising?

A: LPs typically invest on TVPI (total value to paid-in capital), which in plain terms means the carrying value of a fund’s portfolio companies. DPI (distributed to paid-in capital) is another common metric that refers to how much money has been sent back to limited partners.

DPI always converges with TVPI – by that I mean that either one goes up or one goes down, but in the long run they are the same value when a fund closes out the portfolio. In a normal market, DPI will increase over time until it matches TVPI. That makes TVPI a suitable metric for evaluating funds that are still early and not fully distributed.

The problem is that in frothy environments, TVPI is unstable. For all the points I made above, many firms are not able to get liquidity at the prices other VC firms are willing to pay. TVPI and DPI still converge, but they end up converging at a discount to the current holding values.

This brings up the whole subject about how a venture fund values non-public securities over its lifecycle. Let’s say a venture fund has a few high marks, but it takes a year or two for the market to realize these private positions are mispriced. When it comes time to market a new fund, the highly valued, illiquid positions are used to induce new investors to participate in a follow-on fund. If you step back and look at this across the entire asset class, more capital ends up coming into venture. There are a finite number of great venture investments every year, and it doesn’t take very long for the growth of capital commitments to outpace the growth of good investment opportunities. This means valuation multiples go up, people get even higher mark-to-markets, and more money comes into venture. This sort of cycle was fundamental to the first Internet bubble in 1999-2000.

In order to resolve this an LP has to look at each mark-to-market in a fund and come to their own conclusion of value based on the underlying business metrics. That is hard – some might say impossible — to do.

Q: If we’re truly in a bubble, when it bursts, the “mom and pop” investors won’t likely be hurt like they were in the Internet bubble. Why?

A: In spite of all the talk about unicorns and billion-dollar companies, there are not very many IPOs today relative to 1999/2000. Most public investors have limited exposure to “hot IPOs” in their portfolios because they own indexes and mutual funds.

Q: You joked recently to your partners that the firm should go on vacation for 2015. What did you mean?

A: I think I made this comment after we sent a term sheet to a company and were outbid by 300 percent by another venture fund.

We tend to be focused on valuations and entry prices – our belief is that valuation matters. That view doesn’t seem to be very popular right now. Nonetheless we are still making investments and working hard to build and promote our portfolio.