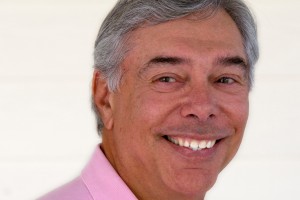 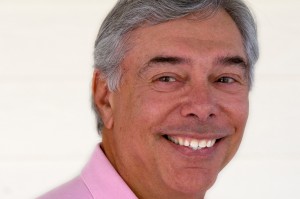 Monday morning, Grotech Ventures, based in Vienna, Va., is announcing that it has raised a new, $225 million fund.

It wasn’t easy, says Frank Adams, the firm’s managing general partner. In fact, it took 20 months, owing to institutional investors who were “very slow and methodical in their due diligence process, much more so than in the other 29 years that we’ve been doing this,” he says.

Still, when it came to rounding up fresh capital, Grotech had a number of factors working in its favor. For one thing, the firm — whose interests include digital media, cloud computing, security, and energy and healthcare IT — looks stable, even a tad old-fashioned, amid the fast-changing landscape of venture capital.

The firm was founded in 1984 by Adams. Save for some later-stage investments that by Adams’ own admission didn’t pan out well during the late ’90s, it has maintained its focus on early-stage IT and healthcare-related startups. And four of its partners have spent a decade or more with the firm. (A fifth general partner, Don Rainey joined the firm in 2007 from Intersouth Partners, and a sixth GP, Lawson DeVries, joined Grotech as an associate in 2005.)

Grotech also pitched LPs on its commitment to sell its portfolio companies for a solid multiple when possible, rather than try nurturing them into public companies. “In the ’90s, of course, we thought about IPOs,” Adams says. “But [these days], we look to grow them large enough to [be interesting to acquirers], then we sell them.” It’s a strategy that Grotech shares with entrepreneurs in “our very first conversation” with them, he says.

Not last, Grotech — which can invest between $250,000 and $20 million in startups, per its LP agreement — has planted partners in a number of overlooked geographies, including Boulder, Colo., and Baltimore, Md. The partners also spend a fair amount of time in Atlanta and Charlotte, N.C., says Adams, who claims that as a result, Grotech now has some of the “biggest, oldest, deepest relationships in all of those regions.”

The strategies, collectively, look to be paying off. One of Grotech’s newest exits, for example, came through the sale of 3-year-old NexGen Storage, a maker of hybrid storage appliances that Fusion-io acquired last month for $119 million in cash and stock. NexGen storage is based in Louisville, Colo., and had raised $10 million from Grotech, Next World Capital and Access Venture Partners.

Similarly, Grotech biggest exit to date has come through the daily deals site LivingSocial in Washington, D.C., a city that has never been top-of-mind for Silicon Valley venture capitalists. In 2008, Grotech led the company’s $5 million Series A, joined by Steve Case’s Revolution. Grotech has since sold large parts of its stake to Amazon, Lightspeed Venture Partners, U.S. Venture Partners and T. Rowe Price among others, for more than $200 million.

In the end, what Grotech’s LPs cared about most is the firm’s returns, and it was evidently through its financials that Grotech was able to make the most compelling case of all. In fact, according to Adams, Grotech’s last fund, a $109 million vehicle closed in 2009, currently enjoys a 70% IRR. It was enough momentum that investors not only provided the firm with the $200 million it had been seeking; ultimately, they committed an extra $25 million, too.

For some information about Grotech’s investments, along with a Q&A with Frank Adams, in which he discusses succession issues and some of the specific feedback the firm received from investors, visit VCJ at our Private Markets site. (Subscribers only.)