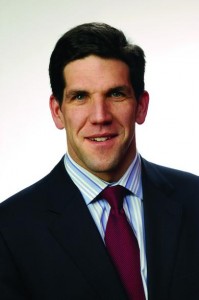 Since the credit crunch hit in the second half of 2007, large leveraged buyout (LBO) deals have all but dried up, as evidenced by the 76% drop in private equity deal volumes globally during the first half of 2008. According to Thomson Reuters’ data released in June, this is primarily due to the dearth of LBO loans: through to the end of May this year, only US$32bn in LBO financing had been completed, compared to US$399bn for the whole of 2007.

Although LBO financing has been scarce, private equity growth capital for small-to-midsize companies remains plentiful. Even so, many companies and their owners still fail to take advantage of the many benefits of growth capital, simply because they do not understand how it works. The three key main issues to consider are control, capital structure, and how value is created.

Growth equity offers owners immediate capital for business growth, and perhaps personal liquidity, yet allows them to maintain control over the company’s day-to-day operations. This can be particularly helpful for owner-entrepreneurs and family businesses that want to move on to the next stage of growth, without losing their role in the company’s development.

Capital structure is another vital concern, particularly the use of leverage. Unlike LBO firms, growth capital investors usually choose low levels of debt, enabling them to optimise their portfolio companies’ growth. A typical growth equity deal might carry anywhere from zero to 2.0x EBITDA leverage. By contrast, Standard & Poor’s reported that smaller European LBO transactions (between €250m and €500m) had an average leverage of 6.8x EBITDA, up from 5.8x in 2007.

The final issue to assess is value creation. Growth equity investors partner with portfolio companies to optimise their value and long-term prospects. To that end, they offer strategic advice on everything from acquisition strategies and incentive programmes to upgrading financial systems and reporting. Professional networks play a vital role by connecting portfolio companies to a vast global network of executives, consultants, vendors, and potential customers; an invaluable network that extends far beyond the original company’s circle of acquaintances. Ultimately, as companies seek to take the next step toward realizing their value, perhaps through an IPO or a strategic acquisition, the growth equity partner’s experience provides invaluable guidance in navigating potential minefields.

Furthermore, this advice can realise substantial value. A recent survey by the British Venture Capital Association (BVCA) found that about half the business owners surveyed said that they had received financial advice (49%), strategic direction (47%), and help with contacts (45%) as a result of their private equity investment. Moreover, 91% of business owners said that without private equity, their business would no longer exist or would have grown less rapidly.

By offering financial resources, continued management control, and additional strategic guidance, private equity has proven to be a powerful mechanism for growth. The same BVCA survey found that private equity-backed companies in the United Kingdom increased employment by 8% in the five years ending in 2007, as compared to just 0.4% for FTSE 100 and 3% for FTSE Mid-250 companies over the same period.

One company that experienced such strong growth was SafeBoot Holdings BV, an encryption software company based in the Netherlands. SafeBoot received a private equity investment in late 2005 from Summit Partners. Over the following years, we worked to help the company upgrade financial systems and reporting, evaluate acquisitions, and foster growth. The company expanded dramatically during the next two years, as the steady increase in corporate use of laptops and portable communication devices required new types of security and encryption software. By 2007, SafeBoot had five million users in 75 countries. The firm had just begun preparing for an IPO when US-based security software firm McAfee offered to buy SafeBoot for US$350m.

SafeBoot’s experience demonstrates many of the advantages provided by growth equity: the additional liquidity for owners and early investors, the added expertise and strategic advice to facilitate growth, and the assistance in critical events such as an IPO or a sale. This example also illustrates the “two bites of the apple” that private equity investment can offer. Frequently, founding entrepreneurs are able to take some money off the table, while retaining a significant stake. At a later stage, they can then realise much greater value, perhaps through an IPO, a secondary buyout, or a strategic acquisition.

If the last year has taught us anything, it is that not all private equity is the same. Buyout mania may be dormant for now, but it will return. In the meantime, growth-oriented private equity remains robust. For entrepreneurs and their advisors who want to build companies, shore up balance sheets, and prepare for an eventual IPO or sale, all without giving up control, growth equity is a compelling solution.