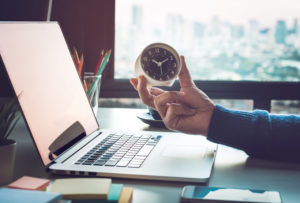 A formal auction for CORA could kick off in Q1 or Q2 and will target financial sponsors. Check out the story here.

Last year, one of the larger deals in the sector was Revelstoke Capital’s single-asset process for Upstream Rehabilitation. Revelstoke moved the asset out of its debut fund into a special purpose vehicle, giving LPs the option to cash out of their exposure to the company, or roll their interests into the new vehicle. Coller Capital was lead investor on the deal.

Another large deal in the sector was Partners Group which, in March 2019, made an equity investment in physical therapy provider Confluent Health. The deal was said to command a 14x to 16x ebitda multiple, Sarah previously wrote on PE Hub.

Liquidation: The sad saga of Fairway Markets appears to be coming to a close, with a dreaded Chapter 7 liquidation that will kill the venerable brand, according to New York Post. For a while, Fairway offered an amazing grocery shopping experience, with huge selections of fancy cheeses, coffees, beautiful produce, and great bakery and seafood selections. The Red Hook Fairway will always have a place in my heart.

Sterling Investment Partners took over Fairway in 2007 and took the company public in 2013. Sterling led an expansion of the city grocer into a national chain with 300 stores, according to NY Post. That expansion saddled the company with an unsustainable debt load that led to a Chapter 11 filing in 2016, from which the firm emerged with new backer GSO Capital. It’s now owned by Brigade Capital Management and Goldman Sachs, NY Post said. GSO sold its stake in the company, NY Post said.

Village Super Markets, which owns ShopRite, is interested in acquiring some of the remaining Fairway stores and keeping the name, the article said. Let me know if you’ve heard anything at cwitkowsky@buyoutsinsider.com.

New shop: Jonathan Cosgrave and Peter Garvey, who co-led Carlyle Group’s investment activities in Ireland, have spun out a new shop called Melior Equity Partners. The firm is in the process of launching its first fund with help from placement shop Asante Capital. Read the news brief here.

Cosgrave and Garvey left Carlyle at the end of the year. Cosgrave joined in 2014 from Warburg Pincus, where he worked for almost a decade. Garvey joined the same year, after working at Goldman Sachs since 2007.

Top Scoops
TA Associates closed its unique double down fund back in November on $1 billion. The fund invests in TA portfolio companies that the firm’s larger funds are selling, in order to keep minority stakes in growing companies. The strategy is a way for the firm to deliver liquidity back to LPs in older funds while keeping hooks in companies that have more room to grow.

TA Select Opportunities fund is not charging management fees, but will collect fees from portfolio companies. The fund charges a 20 percent carried interest rate.
Select Opportunities made a recent deal displaying its strategy. Check out my story here.

This is an example of a trend we’ve been following of GPs looking for ways to hold certain assets longer than the traditional PE structure allows. While many firms keep a piece of a company through regular M&A processes where they retain a minority stake, TA has taken that idea and turned it into a fund.

Do you expect to see more funds like this? Or is this something unique to TA? Let me know at cwitkowsky@buyoutsinsider.com.