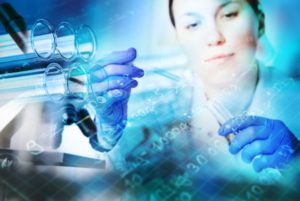 (Reuters) – GlaxoSmithKline (GSK.L) has invited private equity firms to consider making offers for a range of its older drugs sold in Western markets, according to three people with direct knowledge of the matter.

The move is part of a reshaping of the drugmaker’s business, which also involves a major asset swap deal struck last month with Novartis (NOVN.VX).

A GSK spokesman had no further comment on the potential disposals on Thursday.

Private equity firms approached by GSK include Advent International, Blackstone (BX.N) and KKR (KKR.N), the sources said, and the drugmaker is being advised by Lazard (LAZ.N). Executives at Lazard and the three private equity firms declined to comment.

GSK said at its first-quarter results on April 30 that it was evaluating options to “maximize the value of our portfolio and currently reviewing our Established Products Portfolio.” The portfolio includes products such as the antidepressant Paxil, migraine treatment Imitrex and Zantac for stomach acid.

The company has started breaking out results for these mature medicines for the first time this year as a prelude to a potential divestment of at least some of them.

“You should not be surprised if we were able to transact a disposal of some of that established product portfolio in the next year or two,” Witty told reporters last month. “That is not part of our future.”

One person familiar with GSK’s thinking said it was in “no rush” to dispose of the 50 or so older medicines in the division and it also planned to retain rights to most of the products in emerging markets, where they form an important part of GSK’s business.

Sales of established products totaled 814 million pounds ($1.36 billion) in the first quarter of 2014, down 11 percent from a year earlier, reflecting increased competition from cheaper generic copies. Around half of those sales were made in emerging markets.

Although sales of these older medicines are declining, they are still very profitable. Core operating profit for established products was 485 million pounds in the first quarter, down from 609 million a year earlier, representing an operating margin of 59.6 percent against 27.3 percent for the group as a whole.

The drugmaker’s approach to private equity firms was first reported by Sky News.

GSK has already disposed of some non-core products. Last September it agreed to sell thrombosis medicines Arixtra and Fraxiparine to South Africa’s Aspen Pharmacare (APNJ.J) for 700 million pounds ($1.2 billion), or around two times their annual sales.

Assuming a similar sales multiple, the Western-markets half of the current established drugs portfolio might be worth around 3.25 billion pounds, based on the level of sales reported in the first quarter.

GSK’s decision to review its portfolio of older prescription drugs is part of a wider industry trend. Once companies divest their mature drugs, the remaining faster-growing and newer products can boost the top-line sales rate.

Pfizer (PFE.N), the biggest U.S. drugmaker, has created a similar established products unit as a possible prelude to eventually divesting its mature drugs, and other firms are considering their options.

France’s Sanofi (SASY.PA) and U.S. drugmakers Merck & Co (MRK.N) and Abbott Laboratories (ABT.N) are all exploring selling off some of their older drugs that have lost patent protection, Reuters reported last month.

Finding a keen buyer, however, may not be so easy. The appetite among rival drugmakers for such ageing assets is limited, leaving private equity firms as the most obvious purchasers, since they can milk the cash flow without having to worry about the expense of drug development.