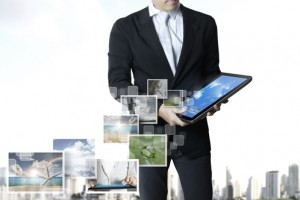 GTCR, which is midway through its tenth buyout fund, has acquired Premium Credit.

GTCR’s buy of Premium Credit is valued at $1.4 billion, a source says. The investment comes from GTCR’s tenth fund, which collected $3.25 billion in early 2011. The Chicago PE firm has invested less than £200 million (US$322.5 million) equity in the Premium Credit deal, the person says.

Premium Credit, of the U.K., works with insurance brokers and carriers so that businesses and individuals can pay their insurance premiums in installments rather than a single annual payment. “It may be more effective for businesses to have a monthly expense and that’s what we accomplish,” Roche says.

BofA did not conduct an auction of Premium Credit, Roche says. GTCR has been in talks with BofA for roughly 24 months and discussions became “earnest” six months ago, he says.

The transaction is a typical GTCR deal. The private equity firm, which invests in financial services and technology; healthcare; and information services and tech, usually does corporate carve outs. Premium Credit, which was founded in 1988, wasn’t getting the focus and attention at BofA that it deserved, Roche says.

GTCR also likes to bring in management. Andrew Doman, the former Chairman and CEO of Russell Investments, is joining Premium Credit to serve as CEO. He is investing in the deal, Roche says. (Nick Pearce, Premium Credit’s retiring CEO, will stay on as a consultant and member of the board.) Simon Moran remains as Premium Credit’s chief marketing officer and head of Insurance Premium Finance, while Robert Allan remains as CFO.

Premium Credit will be a platform deal and will make follow-on acquisitions in the future, Roche says.

“We worked through a tremendous amount of complexity to get the deal done,” Roche says.

Andrew Shuster, Kurt Kohlmeyer and Jason Whiting of Barclays, along with Howard Kessler of the Kessler Group, advised GTCR on the deal.