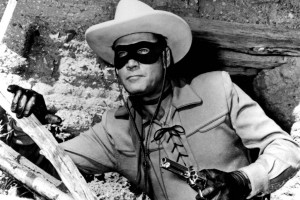 GTCR is exiting Classic Media after less than three years.

The transaction is expected to close in a few weeks, says David Donnini, a GTCR principal.

Eric Ellenbogen and John Engelman founded Classic Media in 2000 and sold it to Entertainment Rights nearly seven years later for a reported $210 million. In January 2008, Ellenbogen and Engelman partnered with GTCR to form Boomerang Media. GTCR agreed to commit up to $200 million equity as part of the deal. The investment came from GTCR’s fund IX, which raised $2.75 billion in 2006.

Entertainment Rights encountered hard times during the financial crisis of 2008. Boomerang, led by co-CEOS Ellenbogen and Engelman, acquired Entertainment Rights, including Classic Media, from its lender, Lloyds, for about $90 million in April 2009, a source says.

But that was pretty much it for Boomerang in terms of acquisitions. GTCR, when it formed the company in 2008, wanted to build the business, Donnini says. There were “a whole bunch of properties” that the Chicago PE firm wanted to buy. But GTCR got out bid on several occasions and, one by one, the properties they wanted were sold to strategics at “big prices,” Donnini says. He pointed to Mattel’s buy of Hit Entertainment, which owns Thomas & Friends, Bob the Builder and Angelina Ballerina brands, for $680 million earlier this year. “We got a little bit frustrated trying to buy things,” he says.

Boomerang completed only one other deal outside of Entertainment Rights. Earlier this year, Boomerang acquired children brands Olivia, the girl pig, and Noddy, the wooden boy, from financially troubled Chorion (3i owned a majority of Chorion which went into administration last year, according to press reports).

All of the properties that GTCR had been focused on four years ago ended up being bought by someone else, usually a strategic, Donnini says.. “We realized we were more of a seller than a buyer earlier this year,” he says.

GTCR put Classic Media up for sale a few months ago, he says. While a handful of PE firms were interested, the real interest came from, of course, strategics, Donnini says. He declined to name who else was interested.

The sale of Classic Media represents the end of GTCR’s holding in Boomerang. Ellenbogen and Engelman are joining DreamWorks, he says. “We didn’t have the opportunity to invest the whole $200 million…This will wrap up the investment from our perspective,” Donnini says.

The bright spot? With the sale of Classic Media, GTCR is expected to make a little more than 2x its money, a source says.