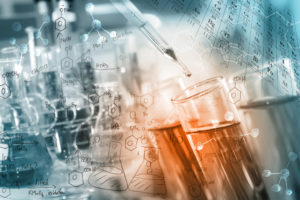 With the US representing the largest piece of the global private equity industry – and hence, the biggest geographic opportunity set for investment — we’re continuing to see European firms bolster their resources in the country via both physical offices and talent.

Astorg, which started as a French-only private equity firm just over 20 years ago, is no exception.

After launching its third global hub in September in the US (following London in 2012), the Paris-headquartered firm is now ramping up its US expansion with several new hires that are intended to turbocharge its healthcare and software efforts in the region, sources familiar with the firm’s plans told PE Hub.

One of some four new hires joining this year is former Cerberus Capital Management investor John Chun, who will expand its US healthcare presence, three sources told PE Hub. Astorg aims to grow its US investment bench to some 15 to 20 individuals by the end of 2022, they said.

Notably, the firm isn’t starting from scratch. Around 30 percent of Astorg’s cumulative portfolio company sales were US-based before it established a physical office in the US a year ago, sources said. Building off of that, the firm solidified its presence in the last two-and-a-half years through investments in three US-headquartered companies – Anaqua, ERT and Cytel.

The New York office is co-led by directors Christopher Cozzone, who joined in 2020 from Bain Capital Double Impact, and Olivier Lieven, who joined Astorg in 2015 from 3i Group.

Based on its expansion plans, one might expect the firm will continue to scale up from a fund perspective. Astorg’s latest flagship fund, its €4.2 billion Fund VII – which is so far invested across 11 platform companies – is double the size of its €2.1 billion Fund VI.

Astorg joins firms like EQT, Nordic, Novo and Cinven that have increasingly doubled down on the US. Any other European-born PE shops shifting westward that we should know about? Write to me at springle@buyoutsinsider.com.

Just two years after reinvesting in the company at a $2 billion-plus valuation, according to PE Hub sources, Antylia is selling its Masterflex unit to Avantor for $2.9 billion in all cash.

Masterflex, one of two Antylia business arms, is used by pharma and biotech customers for research and production of biologic drugs, vaccines and cell & gene therapies. GTCR will continue to own Antylia’s portfolio of life sciences products under the leadership of CEO Bernd Brust.

GTCR’s first investment foray with the company was in the early-2014 to mid-2017 timeframe, which resulted in an exit to Golden Gate Capital. It bought back the company in October 2019.

The Chicago firm has a long history with what ultimately became the Antylia leadership team. The firm’s managing director Sean Cunningham told PE Hub in 2019 — when it reinvested — that the firm was first introduced to Cole-Parmer’s chief back in 2009, when Brust was holding the COO post at Life Technologies.

“Our activity in this space, domain knowledge in life sciences and our history with this asset put us in a position to move quickly,” Cunningham said at that time.

Read PE Hub’s brief on the deal, and more on GTCR’s 2019 transaction here.

That’s it! Have a great week ahead, and as always, write to me at springle@buyoutsinsider.com with any tips, comments or just to say hello