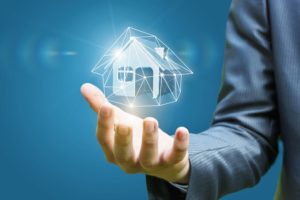 GTCR has seemingly produced a handsome outcome on its investment in Optimal Blue under its four-year-long hold.

The Chicago firm on Monday announced the sale of Optimal Blue, a marketplace for the mortgage industry, to Black Knight.

The transaction is set to value the company at $1.8 billion, the press release said.

GTCR initially acquired Optimal Blue in June 2016, committing $350 million of equity capital, according to a press release at that time.

Black Knight, a publicly-traded provider of integrated software, data and analytics to the mortgage and real estate industries, will own 60 percent of Optimal Blue upon completion of the transaction.

Thomas H. Lee and Cannae Holdings have joined Black Knight as minority co-investors in the company and will own a 20 percent stake each.

During GTCR’s four-year hold, Optimal Blue significantly built out connections with mortgage originators as well as with investors in mortgages. The company expanded from 1,500 market participants in 2016 to more than 3,500 by July 2020, Mike Hollander, managing director at GTCR, told PE Hub.

Today Optimal Blue touches about 35 percent of all mortgages that are locked, the investor said.

“We feel that they’ve become a critical component of the very large part of the financial services infrastructure and believe that is what drove Black Knight’s interest,” Hollander said.

GTCR launched the sale process for Optimal Blue in June, when the firm hired Bank of America and Morgan Stanley for financial advice.

First round bids, due in early July, attracted several strategics including Black Knight, which, with Optimal Blue on its radar for some time, bid aggressively to win the auction process, a source told PE Hub.

For Black Knight, the acquisition brings to the company pricing and eligibility (PPE) capabilities, as well as enhances its comprehensive data and analytics capabilities, the buyer’s CEO Anthony Jabbour said in the announcement.

“The industry has kind of moved away from the biggest banks that dominated the origination side like Wells Fargo or Bank of America, into more specialized mortgage originators,” Hollander said.

“That has increased the importance of networks like Optimal Blue and, we think, that trend will continue to happen,” he said.