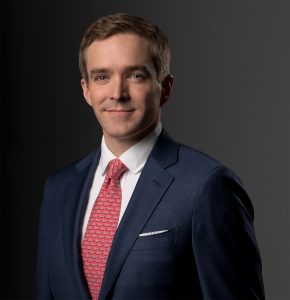 GTCR is prepared to mold another medical device outsourcing company of scale.

The Chicago buyout firm through Regatta Medical – which it launched in April 2017 alongside industry veteran Chip Hance – acquired a majority stake in Resonetics. Selling shareholder Sverica Capital Management will retain a minority investment.

“This is the starting point and we’d like to try to scour the landscape for acquisitions and build this into a much bigger contract manufacturing operation,” GTCR managing director Sean Cunningham said. “It’s a relatively fragmented industry and there are a number of things you could do.”

While Cunningham said nothing is imminent, he said the idea is to build around Resonetics’ core franchise, which includes precision laser cutting for components in interventional medical devices. The technology is applicable across a range of therapeutic areas, he said.

The deal for Resonetics was done outside of a process on a one-off basis, Cunningham said. GTCR pursued Resonetics after forming Regatta and after seriously engaging on about a dozen potential opportunities, he said.

Consistent with the sponsor’s executive-driven approach, Hance knew the company well having served on the board of Resonetics, Cunningham noted.

Hance also has deep roots in the medical device outsourcing arena, having most recently served as the CEO of Creganna Medical. The executive led Creganna for about three years through its $895 million sale to TE Connectivity in 2016. Hance previously spent 20-plus years in leadership roles at Abbott Laboratories.

Tom Burns, CEO of Nashua, New Hampshire-based Resonetics, will continue to lead the company as a subsidiary of Regatta.

The deal is being done through GTCR’s 12th buyout fund, GTCR Fund XII, which collected $5.25 billion in October.

Broadly speaking, growth in competition among medical device makers has fueled greater demand for companies that they can outsource to or contract with for various services and products. GTCR, for its part, has participated in the sector on more than one occasion.

“Medical device manufacturers are looking for really high quality [outsourcers] to take some of the manufacturing off their plate,” Cunningham said.

The firm in 2015 sold a majority stake in Sotera Health (then called Sterigenics) to Warburg Pincus in a deal reportedly valued at more than $2 billion including debt. GTCR, which remains an investor in the provider of contract sterilization services for medical devices, bought Sterigenics in 2011 for $625 million from Silverfleet Capital.