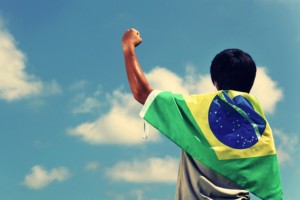 H.I.G. Capital is moving at a quick pace through its debut Latin American fund, and expects to be wrapped up this year, according to three people with knowledge of the fundraising.

H.I.G. Brazil & Latin America Partners launched earlier this year targeting $685 million, according to a Form D filing. The fund has a $750 million hard cap, said one of the people with knowledge of the fund.

The firm has raised almost the entire target amount, according to two of the people, LPs who heard the fund pitch. Fund I is raising toward the hard cap, though it’s not clear how close it will come to hitting the cap.

The fund has a relatively high 25 percent carried interest rate, one of the LPs told peHUB.

“H.I.G. has a lot of loyal investors and so they brought a lot of their investors in their other funds [into the Brazil fund],” the LP said.

The firm held a first close earlier this year, closing on most of the fund target, one of the people said. “Now it’s just clean up,” the person said. Fund I has already started investing, the person said.

“Brazil’s economy has a very bright future, thanks to its large population, including a rapidly growing middle class and its abundant natural resources,” Sami Mnaymneh, H.I.G. co-founder and managing partner, said in 2012.

H.I.G.’s Latin America team has built a “small” track record, the LP said. Investments include Grupo NZN and Click Jogos, two digital media businesses in Brazil. As part of the deal, the two companies merged, according to a statement at the time.

On June 1, H.I.G. announced that portfolio company Crème Mel acquired Zeca’s to form a large Brazilian independent ice cream company with a presence in 17 Brazilian states and more than 300 million reas in sales.