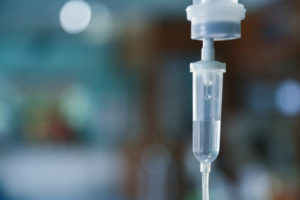 Waud Capital Partners is buying PromptCare from The Halifax Group through an initiative it launched last summer with seasoned healthcare executive Paul Jardina, according to people familiar with the pending deal.

The transaction, expected to close as soon as this week, values the provider of complex respiratory and infusion-therapy services in the low $400 million range, sources said.

PromptCare, based in Clark, New Jersey, encompasses two distinct businesses under the same umbrella, each of which account for roughly half of the company: an in-home, infusion-therapy business and a complex respiratory business with a large pediatric patient population.

The two businesses under PromptCare generate combined EBITDA of around $30 million, not including capex, sources told PE Hub in March.

Waud appears a logical suitor for the platform. In August, the Chicago mid-market firm announced plans to build a new platform in the medication-based services industry alongside Paul Jardina, citing alternate site infusion pharmacies as one of various areas it would evaluate.

Jardina, during his 25-year-long career so far has worked at the intersection of the PPM and pharmacy industries, most recently as the CEO of Onco360, an oncology-focused specialty pharmacy.

The new venture pledged to commit at least $100 million in equity capital to the company. Waud partner Chris Graber told PE Hub at the time the firm was prepared to build an organization from scratch, starting out small, or back a business of scale that may require a few hundred million dollars or more.

Jardina, meanwhile, said in August 2020 the partnership would examine the increasing utilization of specialty care drugs, and as it relates, their high-cost nature, and the need to manage them.

“If you are prescribing a drug at $15,000 a month, it’s very important from a pharmacy standpoint you manage it correctly,” Jardina said then. He added that site-of-care medication management would also be looked at, pointing to the cost savings achieved within at-home and other alternate-site settings versus the hospital.

While Waud has been outspoken about its interest in the specialty infusion category, sources said the private equity firm could opt to divest PromptCare’s respiratory piece. Early on in the process, different types of buyers were largely interested in one business or the other, as the two arms operate independently.

To date, more private equity capital has been deployed on the infusion side due to its capital-light nature. The respiratory business requires greater capital spend given the perpetual restocking needs for new medical equipment such as home ventilation therapy; however no other player is doing what PromptCare is doing on this front. Its big distinction is its patient population, about half of which is on the pediatric side – where it has a particular focus on helping manage the care of patients coming out of the NICU or PICU.

For Halifax, which during its hold has supported PromptCare’s four acquisitions – two on the infusion side and two on the respiratory side – the sale looks poised to produce a handsome return on investment. The company has about tripled in size since Halifax made its investment in March 2017, one person said.

The deal also marks the firm’s second exit in the home infusion and respiratory therapy arena, having sold Preferred Homecare to Beecken Petty O’Keefe in 2007. Preferred was subsequently acquired by Lincare Holdings in 2020.

Halifax, which has offices in Washington, DC, and Raleigh, North Carolina, partners with founders and managers of lower mid-market businesses with total enterprise values generally between $50 million and $300 million.