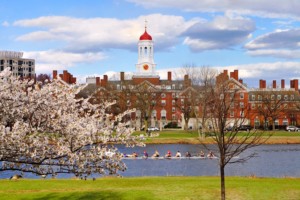 Andy Wiltshire, the head of alternatives at the Harvard Management Company, made about $7.8 million in total compensation in calendar year 2012, according to information provided by Harvard—the largest payout among the group of investment managers at the organization.

Wiltshire’s compensation eclipsed that of Jane Mendillo, Harvard Management’s president and chief executive officer, who raked in about $4.8 million. He also out-earned Alvaro Aguirre-Simunovic, natural resources portfolio manager, who pulled in the second highest total compensation at about $6.5 million.

Stephen Blyth, head of public markets, made about $5.3 million in total compensation, while Daniel Cummings, real estate portfolio manager, made about $4.1 million, according to the statement from Harvard Management.

Wiltshire, who oversees private equity and hedge funds as head of alternatives, saw his compensation increase from the year before, when he made a total of $6.6 million, still the highest among the investment manager group at Harvard Management.

Investment manager compensation is tied to performance of the overall $32 billion endowment, as well as a manager’s own focus areas. Bonuses are awarded based on investment performance, which must exceed the return on that market.

“This means, for example, that when public equities are up 35 percent in a given year and the manager in charge of that area returns 35 percent on his or her portfolio, no variable compensation is earned,” according to the statement from Harvard Management.

“Only value-added growth over and above what the market delivers is included in HMC’s variable compensation calculations. This system ensures that incentives are earned only when the endowment receives added value from HMC’s active management,” the statement said.

It is hard to make an apples-to-apples comparison between compensation and full-year results because Harvard tallies investment results on a fiscal year basis, and total compensation based on calendar year, said Kevin Galvin, a spokesman for Harvard Management.

However, more recently private equity has been somewhat disappointing, according to Mendillo.

In fiscal 2013, the endowment portfolio earned an investment return of 11.3 percent. The private equity portfolio returned 11 percent in fiscal 2013, which was “well below” the return on public equities and only slightly above the 10.6 percent benchmark Harvard set, Mendillo wrote in September in a letter accompanying the endowment’s fiscal year report.

Harvard expects an “illiquidity premium” from private equity over public markets because of the long lock-up periods investors agree to, Mendillo said. “Over the last 10 years, however, our private equity and public equity portfolios have delivered similar results,” she said.

Going forward, Harvard is focusing on “honing our private equity strategy to maintain the highest concentration in the very best managers with the greatest potential to add value,” she said.

Earlier this year, Harvard named Richard Hall, former head of private equity at the Teacher Retirement System of Texas, to take over private equity and venture capital at the endowment.