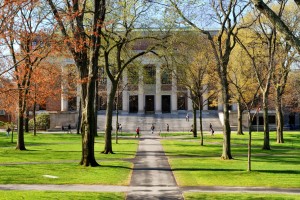 MacDonald will move into the private equity job in December, less than a year after Peter Dolan, long considered the dean of endowment private equity chiefs, left in April, after 18 years at Harvard Management Co.

Personnel appointments at Harvard Management are closely watched in the industry both because of Harvard’s innovative investment style and its years of delivering strong returns. Harvard’s average annualized return over the last two decades has been 12 percent, topping its 9.1 percent benchmark, and making it the world’s richest school.

Unlike most universities, Harvard relies on a hybrid system where some money is managed in-house and the rest is entrusted to outside managers, many of them Harvard Management alumni. The school also pioneered investing in hedge funds and other alternative assets, including natural resources.

In fiscal 2013, Harvard’s endowment returned 11.3 percent. As a group, foundations and endowments posted a one-year median return of 11.28 percent for the 12 months ended June 30, Wilshire Associates said in a report. During the same time the Standard & Poor’s 500 index gained 18 percent.

While she termed the performance “fair,” clearly the school is looking for more.

“We expect to earn returns over time that are in excess of the public markets,” she said in a review of the endowment’s performance, adding that Harvard Management is “honing” its strategy to help boost returns.

Andrew Wiltshire, who oversees Alternative Assets at Harvard Management Co and will be MacDonald’s boss said: “We are continually honing our strategy in this area (private equity) to ensure we are working with the best managers with the greatest potential, and I know that Lane will add tremendous value as the new Managing Director of this important asset class.”

MacDonald earned an economics degree at Harvard and an MBA from Stanford. He captained Harvard’s ice hockey team when it won the NCAA Championship in 1989 and he played on the 1988 U.S. men’s Olympic ice hockey team in Calgary.