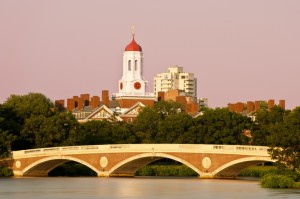 Peter Dolan, the director of private equity and venture capital for the Harvard Management Company, manager of the world’s biggest endowment, stepped down on April 10, according to Buyouts, peHUB’s sister magazine. The departure comes at a critical time for the endowment’s $4 billion private equity portfolio, which is set to expand as the university shifts to a more aggressive approach to the asset class.

Dolan had worked for Harvard Management Company, which oversees the university’s $30.7 billion endowment, for 18 years, joining the unit in 1995. On an interim basis, Dolan will be replaced by John Shue, according to a person familiar with Dolan’s decision.

Dolan and Shue did not respond to calls seeking comments. A university spokesman also declined to comment, saying that Harvard does not comment on personnel moves.

Considered by many to be the dean of endowment private equity chiefs, Dolan reported directly to Jane Mendillo, Harvard Management Company’s chief executive.

Before joining Harvard Management Company, Dolan worked for Cambridge Associates, an institutional portfolio advisory firm, and Liberty Mutual Insurance Co. He received a B.A. from Harvard in economics, and an M.B.A. from the University of Virginia.

During the 2012 fiscal year, which ended on June 30, private equity was an underperformer for Harvard, with the asset class lagging the university’s internal benchmark by 205 basis points. Private equity returned 1.99 percent against its 4.04 percent benchmark, according to Harvard Management Company’s annual report to trustees.

Private equity, which for Harvard includes venture investments, was the only one of five asset classes to underperform its internal benchmark. The underperformance contributed to the endowment’s overall 0.05 percent loss for the year, and also led Harvard to deliver worse returns than many of its peer institutions, most of which reported positive returns.

In fiscal 2009, Harvard was badly impacted by the financial crisis and the value of its endowment fell by 27 percent, or more than $10 billion, a result also more severe than its endowment peers. The size of Harvard’s endowment has still not completely bounced back to its pre-crisis levels.

Private equity represented 13 percent of Harvard’s portfolio as of June 2012, and its policy target for the asset class is set to rise to 16 percent. In its 2012 report to trustees, the university said it had become more bullish on the asset class.

“In recent years, HMC has been more cautious about private-equity investments, reflecting … increased competition for such assets,” said the report. “Now, however, there are indications that the investment managers see some emerging opportunities, and are aiming to increase the policy-portfolio weighting by a couple of percentage points over the next several years.”