The talk of the town this week? Lots of sponsors are getting educated on another up-and-coming opportunity in a pocket of the healthcare market that few have made bets: healthcare IT security. Thoma Bravo, a prolific buyer of cybersecurity companies, is getting ready to kick off its auction for Imprivata, I learned. For more info, check out my story on PE Hub.

The H&F way
The day has come. Pharmaceutical Product Development, which provides contract research services companies to pharma and biotech companies worldwide, has returned to the public markets. Its IPO comes eight-plus years after Hellman & Friedman and Carlyle completed its leveraged buyout of the company.

The result? PPD’s IPO assigns it an initial enterprise value close to $14 billion, up from the $3.6 valuation at which it was valued in its December 2011 take-private transaction. When H&F and Carlyle recapped the company in April 2017 – adding Abu Dhabi Investment Authority and a GIC affiliate as investors – it brought PPD’s valuation to $9.05 billion.

PPD is not only noteworthy being that it’s one of few PE-backed healthcare companies to IPO these days – and not to mention, among the largest IPOs of 2020 this year so far. Some will say there’s a bigger private equity story worth discussing.

Critics of the private equity industry contend it’s a world built around financial engineering, slapping a whole bunch of stuff together and stripping companies of their wealth. Senator Elizabeth Warren of Massachusetts last summer likened PE to “vampires – bleeding the company dry and walking away enriched even as the company succumbs.”

The PPD story negates that narrative, one source familiar with PPD told me this week. Under its nearly decade of private equity backing, PPD saw a massive increase in value – not because it was ripped apart – but because the company has actually performed well and grown steadily and immensely.

Simply put: PPD has come a long way since being founded as a one-person consulting firm in 1985 by Fred Eshelman. Its financials reflect that in more recent years. Adjusted Ebitda grew to $751.8 million in 2018, a 60 percent increase from 2014.

Leadership capabilities proved a valuable growth driver at PPD. Shortly after the H&F-Carlyle take-private, David Simmons – who was in the succession race to be CEO of Pfizer at the time, the source said – chose to join PPD, a significantly smaller company at the time. Under Simmon’s leadership, PPD’s workforce has more than doubled to around 23,000 across 46 countries today.

For H&F, PPD is also emblematic of the buyout firm’s playbook. Consistent with a broader trend in private equity, the San Francisco-headquartered firm is playing the long game.

H&F, PPD’s largest current PE owner, followed by Carlyle, did not sell any shares amid the IPO. The firm has continued to push the envelope in terms of how long it holds its best investments, proving to be extraordinarily concentrated in how few things it owns at any given time.

For example, H&F’s investment in Kronos, a provider of human capital management software, dates back more than 12 years. It’s investment in Verisure dates to 2011, while both Hub International and Applied Systems date to 2013.

Although more shops are considering longer-duration strategies for their most prized assets, it’s worth noting that hold periods in general are falling. Median hold periods dropped to 4.5 years for deals exiting in 2018, compared with 5.9 years for investments sold in 2014, according to Bain & Co’s 2019 Global Private Equity Report. Check out my colleague Chris Witkowsky’s feature on how and why managers are looking to hold their most treasured companies longer.

That said, from a healthcare standpoint, 2019 did see more firms double dip in the outsourced pharma services universe in which PPD plays.

Nordic Capital and Novo Holdings A/S put more chips on the table when Astorg took a piece of eResearch Technology; Linden reinvested in Advarra while selling a majority stake to Genstar; and while Arsenal Partners handed over control of WIRB-Copernicus Group to Leonard Green, it retained a stake and is now a nearly decade-long investor.

The big picture: you don’t press the reset button if you don’t believe in the future growth of the company. Investors, small and large, are making out well in pharma services.

Top Scoops
Waud Capital Partners has partnered with longtime industry executive John Damgaard to kick off an initiative to acquire and build out a new healthcare IT platform.

“That’s what I love to do: take small, good companies and make big, strong companies,” Damgaard, most recently CEO of MatrixCare, told me in an interview. Read my full story.

Finally, Altaris Capital Partner kicked off fundraising for its fifth healthcare fund with a $2.5 billion target – more than triple that of its predecessor fund, my colleague Justin Mitchell reported for Buyouts. 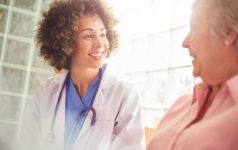 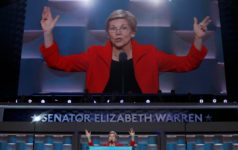 Advent sticks to BAU while others worry about ‘Medicare for All’

PE Deals 15 hours ago
Added to your Saved Articles
Loading
Unsave Article
Please confirm you would like to remove this article from your saved articles.
Share with other subscribers
Only logged in subscribers of this site will be able to access the shared article.