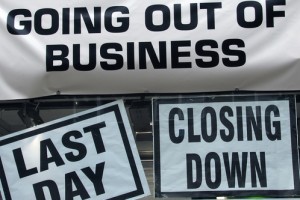 Monomoy Capital was recently featured in Bloomberg  Businessweek extolling the benefits of private equity. Now it looks like a company it bought about seven years, Hess Industries, has hit the end of its road.

Last week, Hess suspended operations after calling about 100 daytime employees into a meeting on June 6, according to a source who confirmed press reports. Kenneth Latz, Hess’s chief restructuring officer, told the employees the company was unable to secure funding to continue operating or even to pay them, the person says. Niles, Mich.-based Hess reportedly produces about $50 million to $60 million in annual revenues.

The announcement shocked Hess employees. A month earlier, Hess informed staff that the company had a $35 million backlog of business. “It was a surprise to us that this came down the way it did,” a person says. Hess has sent a WARN letter to employees informing them that they intend to shut down the Niles, Mich. facilities in 60 days, or between Aug. 3 to Aug. 16.

It’s not clear whether Hess will file for bankruptcy. It’s also not clear If Monomoy still owns the company or how they did on the investment. The PE firm has not returned calls or emails from peHUB. Monomoy no longer lists Hess as an investment on its web site.

The South Bend Tribune is reporting that Hess paid about $15,000 in back taxes to Milton Township.

A Hess company hotline is informing employees that payroll checks will be distributed today, while medical benefits will be paid through June 30. However, Hess has not officially classified employees as laid off or terminated, the recording says, but it is providing unemployment filing information. “At least we got paid,” the source says.

New York-based Monomoy, which managed less than $1 billion in assets, invests in manufacturing, distribution and consumer products. Earlier this year, Monomoy was the subject of a Bloomberg Businessweek story about the benefits of private equity. Monomoy yesterday announced its buy of High Performance Industries.

Calls to Hess and Basso Capital were not returned. Comerica, in response to a peHUB email, says it does not discuss customer relationships.