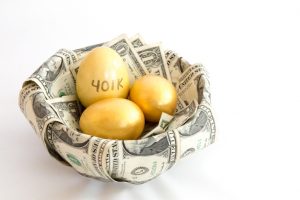 Edelman Financial Engines, on a strong growth track since Hellman & Friedman first invested in 2015, will resist the chance to go public as the investment advisory giant sees a better private-company path to unlocking more value.

Warburg Pincus earlier this week made a strategic investment in the business, valuing the company at $7.3 billion. Warburg’s ownership stake is set to be in the mid-to-high teens upon completion of the deal, Raffone told PE Hub. Warburg will be backing Raffone for a second time through the deal.

One of the advantages of staying private, according to Raffone: investing behind strategic objectives takes time to be reflected in the numbers. The same types of investments he steered at Edelman over the last few years he tried to do as a public company executive years earlier. “I was getting beat up because people want the investment return every quarter,” he said. “These are two- or three-year investment cycles. That’s about where we are now, and one of those years was a pandemic.”

Although the company could likely attain a much richer public valuation today if it so desired, the hot public markets aren’t tempting Raffone: “It’s not what you can go out with; it’s what you can sustain. I want to make sure our growth rates are where I want them to be and I want to spend more money and invest.”

“Despite all the SPACs all over us, the bankers telling us about these big multiples – what you really want to be is through your investment cycle and have this exit velocity.”

Raffone said he wants the growth story to be an organic story, but noted there are parts of the country where Edelman can add local registered investment advisors and expand its capabilities. For example, some RIAs have tax capabilities that would add value to its client experience, with Edelman having just rolled out a high-yield tax product.

Edelman’s sweet spot is serving the mass-affluent, but there are other capabilities at higher asset thresholds that could appeal, he added. Elsewhere, more sophisticated capabilities could complement Edelman’s existing offerings in the workplace, which today include stock option modeling and the managing of pensions.

While market dislocation and volatility is excellent for bringing new clients on, the pandemic also has longstanding implications on the RIA world. Namely, you need to have a virtual model, the executive said, which requires rethinking the brand and client experience. Tech has already been a big driver of growth, he said.

“The world is going to change,” he said. “We’re blessed with being able to go public whenever the dynamics are right. I’d like to run it and see what this business can really do in the normal course of the world.”

Hellman & Friedman first invested in Edelman Financial Services in 2015, and then combined it with a business called Financial Engines, which it took private in 2018 for $3.02 billion. The 2018 transaction, through which Financial Engines’ Raffone took the helm of the combined company, valued the combined enterprise at $4.5 billion.

For H&F, which sold a stake but remains Edelman’s majority shareholder, the recap values its 2018 investment north of 2x and its original 2015 investment a little over 4x, a source familiar with the matter said. The firm’s initial acquisition in 2015 valued Edelman at more than $800 million, the Wall Street Journal wrote at the time.

Edelman has become more valuable as it repositions. Raffone joined Financial Engines in 2001 and eventually assumed the CEO post in 2015. He helped transform the former venture-backed start-up from a largely digital fintech institutional retirement business into the largest independent registered investment advisor in America.

Edelman now has more than $200 billion in assets under management and over 1.1 million clients – up from $15 billion AUM for more than 28,000 clients in 2015 when H&F invested. Its capabilities span workplace retirement plan advice, traditional financial planning and investment management services.

Back in the game

For Warburg, the recap presents a reunion for Raffone and Warburg. Managing director Michael Martin led the deal for the firm. Pre-H&F, the then-public Financial Engines – looking to grow its retail RIA business – bought The Mutual Fund Store from Warburg Pincus in late 2015.

“When I acquired The Mutual Fund store we couldn’t afford it,” Raffone said, recalling nearly getting thrown out of the process with its initial $520 million offer.

Ultimately, Raffone convinced Warburg that the synergies between the businesses would pay off, and they did. Through the eventual $560 million cash and stock deal, Warburg became an approximately 12.5 percent stockholder and The Mutual Fund Store turned into about 15 percent of the Financial Engine stock, he said. A few years later, Warburg was the lead shareholder when H&F took the company private.

Planting the seeds for the H&F take-private and Financial Engine’s marriage with Edelman, Raffone said, was his fortuitous meeting with H&F Partner Allen Thorpe sitting on a panel together at a JP Morgan conference. “We saw the world the same way.”

“A big part of that was I wanted to add more planners – and Ric’s [Edelman founder and chairman Ric Edelman] planning business was what I thought was the best in the country,” Raffone said.