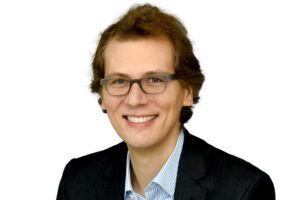 Hg is warming up to sell Achilles, a data provider of supply chain information, in the fourth quarter, three sources familiar with the process told Buyouts.

Barclays Capital is involved in the company’s sale, the people said. But no banker has been formally appointed, according to one of the sources close to the firm.

The private equity firm has been looking to exit the investment for some time, but the business hasn’t attracted much interest from buyers, the people said. Now Hg plans to intensify its sale effort and set a deadline for first-round bids in the fourth quarter, two people said.

Achilles generated between £6 million ($6.6 million) and £7 million of Ebitda, the people said. The company is likely to sell at a multiple of mid-teens of Ebitda, they said.

Achilles, based in Abingdon, U.K., is a data-as-a-service provider of supply chain information for companies in industries with complex regulatory requirements, such as oil and gas, utilities, natural resources and others.

Most recently, Hg “heavily invested” in re-platforming Achilles’ business model to monetize it more, one source said. Historically, Achilles allowed companies in one industry, like British Petroleum and Shell, to use common accreditation on its data platform. Achilles offers its automated data service through annual subscription for both buyers and suppliers.

Other companies have also been active in data-as-a-service and compliance space. Last year, Welsh, Carson, Anderson & Stowe acquired a majority stake in Avetta, provider of cloud-based supply chain risk management services. As part of that deal, TCV also made a minority investment in the company.

In February, Avetta merged with BROWZ, which qualifies contractors and suppliers for clients in industries such as mining, transportation, construction, chemicals, aerospace, pharmaceuticals and others.

Hg invested in Achilles in July 2008 out of its Hg V fund, which is focused on mid-cap buyouts. The investment was worth £42 million, Unquote reported in June 2008.

In the spring, the software-focused private equity firm has doubled down on investments in North America with the opening of its first U.S.-based office.

Hg declined to comment for the story. Achilles did not return request for comment before press time.