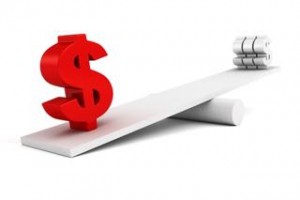 (Reuters) – A high-profile $2.02 billion leveraged loan for Tibco Software is the latest US buyout deal that has been forced to add expensive perks to attract buyers as risk-averse investors hold out for better terms amid a market correction.

Tibco increased its loans by $70 million to finance a deeper discount. The company also increased the interest margin on the loan and made other concessions designed to tempt investors into the deal, bankers said.

Loan buyers are treading cautiously after a volatile October saw interest margins on US leveraged loans widen by 100-150 basis points (bp) as the equity markets took a hit and the federal government warned on leveraged lending.

US regulators are clamping down on risky loans and have been taking a tougher line on deals that fall outside leveraged lending guidelines, which say that deals should not have leverage of more than six times debt to Earnings Before Interest, Tax, Depreciation and Amortisation (EBITDA).

The $2.02 billion loan backing the company’s $4.3 billion buyout by Vista Equity Partners was underwritten by JP Morgan and Jefferies. The financing package totalled $2.97 billion and also included a high-yield bond.

As Jefferies is not a commercial bank, it is not subject to the same regulatory scrutiny and was therefore able to offer more leverage by adding around $200-400 million to the loan then an earlier financing offer.

KKR, which also participated in Tibco via Merchant Capital Solutions, a capital markets business that it created with the Canada Pension Plan Investment Board and Stone Point Capital, and also underwrites its own buyouts with banks, is also not subject to the same scrutiny.

Unregulated lenders have played a bigger role in many highly leveraged deals this year as traditional investment banks have been forced to bow to regulators’ demands. [ID: nL3N0SC51C]

INVESTOR DEMANDS
Investors currently have the upper hand on deals that are considered to be weaker credits amid the market correction, which is removing some of the more aggressive terms and conditions seen in the first half of 2014.

“They (investors) will use as much leverage as they can get because they know it will disappear,” an investment banker said.

Tibco increased pricing on the term loan to 550bp over Libor from original guidance of 450bp over Libor and the Original Issue Discount (OID) was deepened to 95 percent of face value from 98.5-99.

Investors also asked Tibco to remove an 18-month most favored nation sunset clause, which keeps pricing level between new and old debt, and cut the size of incremental debt facilities that it can add to existing debt.

Tibco is one of several companies that have recently had to alter pricing and terms in the weaker market that followed October’s volatility.

This has proved expensive for borrowers and arranging banks which can share the cost of the adjustments, that in many cases can bring losses.

International software product group Micro Focus priced a $1.275 billion term loan B at 425bp over Libor in early October, 100bp higher than the proposed 325bp over Libor and widened the discount to 95.5 from 99.

A $500 million term loan C also priced 75bp higher at 375bp over Libor and the discount was widened to 95 from 99.5. The company also removed its most favored nations sunset clause.

Abaco Energy Technologies priced a $175 million term loan in mid-November at 700bp over Libor, up from 575bp over Libor. The discount was also widened to 94 from 99 and included most favored nation for the life of the loan.

The recent flurry of adjusted deals is a natural pullback after 18 months of strong conditions, Jay Ptashek, a debt financing partner at Kirkland & Ellis LLP said.

A report from the Shared National Credit (SNC) review in October, which followed warnings from the regulators to comply with the leveraged lending guidelines may have contributed to the market’s weakness in November, Ptashek said.

“The most recent SNC review – when combined with the letters sent to banks at the end of the summer – really made people think, wow these guys are really very serious on this,” Ptashek said.

The US leveraged loan market stayed open, but is running at lower levels of activity as banks digest regulators harsh criticism of their leveraged lending practises.

“The wildcard is how the leveraged lending guidance will play out. Things are getting done. They’re just getting done wider,” Ptashek said.